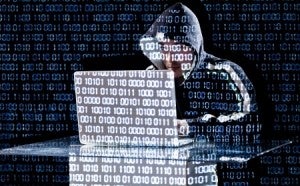 Following reports that alleged Chinese hackers are stealing information from Philippine government agencies, Malacañang has assured that the government is taking great effort to ensure that the websites are secure.

“There is sort of an ad hoc group out of the DOST-ICTO (Department of Science and Technology-Information and Communications Technology Office) and DOST-ASTI (Advanced Science and Technology Institute) to beef up cyber security when it comes to government websites,” deputy Presidential spokesperson Abigail Valte said over state-run DZRB on Saturday.

Valte, however, said some government websites use private servers, which they contract from private entities.

“What we have been doing is to make sure that all government websites are hosted by government servers, which are more secure than some of the privately hosted sites that we have seen,” she said.

She said the government is making a “good headway” in making government websites hosted by government servers.

“Hopefully, most agencies will be onboard with coming onto the government-hosted servers,” she said.

INQUIRER.net on Friday reported that a Chinese-speaking hacker group called “Naikon” had successfully infiltrated governments around the South China Sea region including the Philippines.