DOJ issues guidelines on the fixing of bail for cybercrime suspects 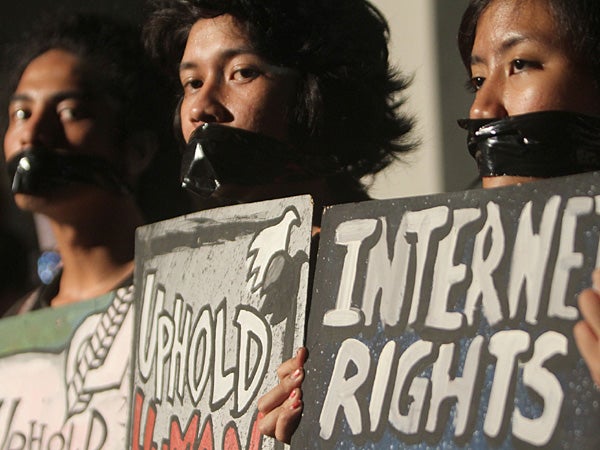 The Department of Justice has announced the issuance of a new circular providing guidelines to prosecutors in specifying bail for those to be charged for violating Republic Act No. 10175 or the Cybercrime Prevention Act of 2012.

“Since the passage of our cybercrime law, numerous complaints of cybercrime were received and investigated by our law enforcement authorities. These have resulted in filing of criminal cases and requires the provision of bail as a balance, for provisional liberty,” DOJ Secretary Leila de Lima said in a statement last Friday.

She added that the issuance of Department Circular No. 020 “will guide our prosecutors and public defenders on the amount of bail to recommend to the courts — to fill in the gap in the schedule since this is a relatively new law.”

“This is part of the Department’s commitment to ensure that bail is indexed and updated. Timely and relevant issuance of guidelines will make our criminal justice system more relevant,” added DOJ assistant secretary Geronimo Sy, chair of the agency’s committee on the revision of the bail bond Guide.

The committee is tasked to review and recommend changes to the 2000 Bail Bond Guide in consideration of the Constitution, rules of court and jurisprudence, as well as to ensure that bail is not unduly burdensome for the underprivileged. It also aims to decongest detention facilities.

DC 020, which has been uploaded to the DOJ website, specifies bail for more than two dozen “cyber-offenses” listed under RA 10175 and related laws.

The lowest bail bonds are P10,000 for cyber-libel; and P20,000 for violations of the confidentiality of the investigation, prosecution and trial of victims of child pornography.

A bail of P200,000 is also set for offenses committed against “critical infrastructure,” which RA 10175 defines as “computer systems, and/or networks, whether physical or virtual, and/or the computer programs, computer data and/or traffic data so vital to this country that the incapacity or destruction of or interference with such system and assets would have a debilitating impact on security, national or economic security, national public health and safety, or any combination of those matters.”