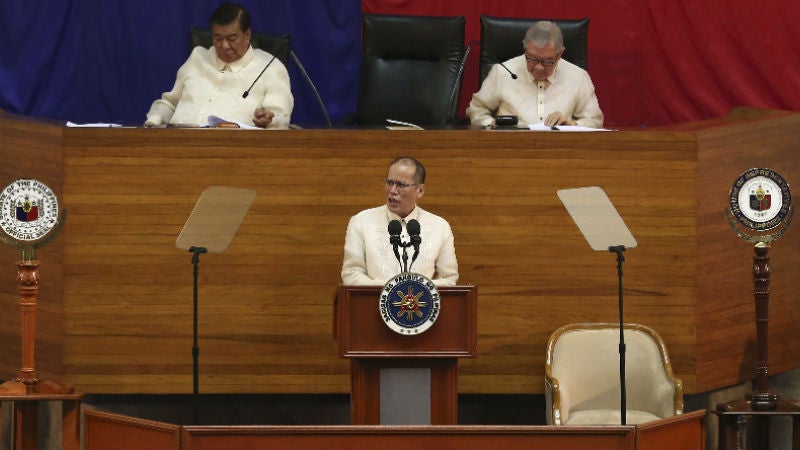 FILIPINO netizens on Monday took to social media to express both support and dismay over President Benigno Aquino III’s last and longest State of the Nation Address (Sona).

Some Twitter users praised Aquino for reporting his accomplishments and also commended him for admitting his shortcomings.

“Let’s give it to him. He acknowledged shortcomings but also tied knot on accomplishments,” said Twitter user @maloutiquia.

Echoing the president, Twitter user Caloy Conde said it was necessary to highlight the blunders of the previous administration to avoid repetition.

Noting that development should be a result of national cooperation, some netizens shared the sentiment that a president’s job was never easy.

“A country’s problem could never be solved by a single person. Our President is not a super hero, he’s not part of the Avengers,” Snow Halud said.

“Development involves the participation of EVERYONE in order to attain it. It can’t just be one person working for it,” @ielleduran tweeted.

However, some netizens also pointed out the issues that the President did not touch on his two-hour speech.

Jomar dela Rosa noted that Aquino failed to mention updates regarding the investigation on the botched Mamasapano operation that killed 44 commandos of the Philippine National Police Special Action Force.

“Disappointed that Freedom of Information bill was not even mentioned. Failed promise,” said Noem Lardizabal-Dado (@momblogger).

While Aquino briefly mentioned the issue of maritime dispute over the West Philippine Sea, Twitter user @louisechelle expressed disappointment that it was not elaborated and “no concrete update was given.

“If PNoy is justified in blaming the previous admin, can the next Prez blame him for the MRT mess and other problems?” Rod Vera added.

Rohj Mariano, meanwhile, said it was necessary to criticize the president or the government in general for them to be aware that they are responsible to the people.

“We do our civic duties. We pay our taxes, we vote. ‘Complaining’ is how our leaders will know that the people are watching them,” Mariano said.

While saying that his last Sona had a “more realistic” and “more authentic voice,” Twitter user @philippinebeat said Aquino still has one year to prove his critics wrong.

“I am still hopeful that this last year in office will be a strong, no-nonsense one. Yes, I am still giving that chance to the Pres,” she said. “No matter what the accomplishments were in the last 5 yrs, people will remember the LAST yr in office. Last hurrah. Do right.” Yuji Gonzales

Here’s what other netizens have to say: