Apple Watch will be sold at some Best Buy stores 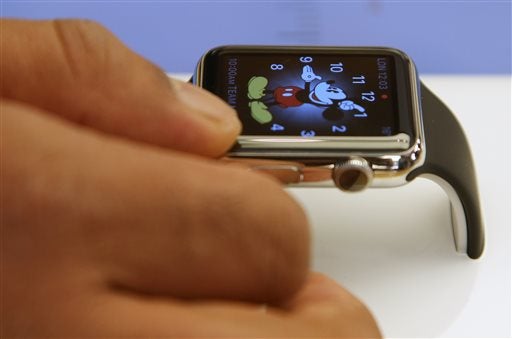 In this April 10, 2015 file photo, a customer handles an Apple Watch at an Apple store in Sydney. U.S. retailer Best Buy Co. says it will sell the Apple Watch at 100 of its stores and on its website beginning Aug. 7, 2015. AP FILE PHOTO

NEW YORK— The Apple Watch is heading to some Best Buy stores ahead of the holiday shopping season.

Best Buy Co. says it will sell the Apple Watch at 100 of its stores and on its website on August 7. Another 200 Best Buy stores will offer the smartwatch before the end of the year. Best Buy, which has more than 1,000 stores in the U.S., says it’s the first national retailer to sell the watch outside of Apple Inc.’s stores.

READ: Review: Getting your Apple Watch? Here’s how to use it

The retailer, based in Richfield, Minnesota, will offer models of the smartwatch that cost between $349.99 and $699.99.

Apple unveiled the watch in September and began taking orders in April. The Cupertino, California, company hasn’t released any sale figures for the new device.