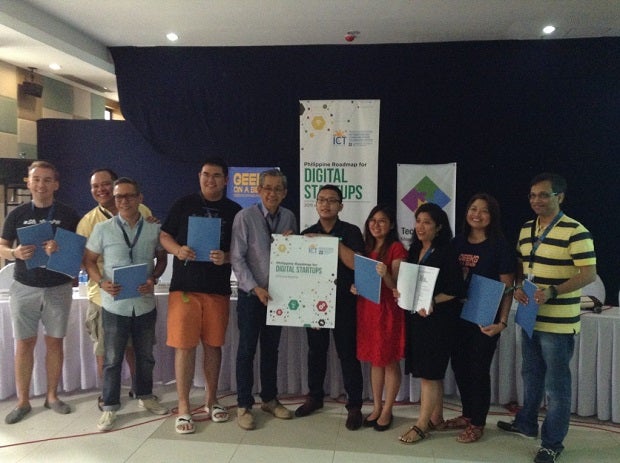 BORACAY, Philippines—When the Department of Science and Technology (DOST) launched the Philippine roadmap for digital startups here on Thursday, a businessman said with confidence that whoever 2016 aspirant will support the framework and the local startup ecosystem in general may emerge victorious in next year’s polls.

“This piece of document can win someone an election,” said Plug and Play Tech Center president Jojo Flores during the third Geeks On A Beach (GOAB) conference.

Flores said ideas and efforts of budding tech entrepreneurs, industry leaders, and other participating sectors should be institutionalized to give direction to the Philippine startup ecosystem as an emerging market.

“We need someone who can co-own this program, who will say that ‘I believe in this, let’s do this,’” he told reporters and bloggers on the sidelines of GOAB on Friday.

Flores added that he was serious about his remark, saying in jest that he was hoping a 2016 hopeful will contact and sit down with him to discuss plans.

DOST-Information and Communications Technology Office on Thursday launched the startup roadmap as a strategic plan for the country’s developing startup ecosystem. Karl Satintigan, a representative of Sen. Bam Aquino, also said the roadmap may be the first step in crafting a Philippine startup bill.

Noting that the technology sector went through ups and downs over the past four administrations from Ramos to Aquino, Flores said pushing for the institutionalization of startup efforts will not be a walk in the park, as the vision should be thoroughly explained to authorities if not included in the government’s agenda.

As President Aquino’s term is already about to end, Flores said industry leaders are now looking forward to the 2016 polls and the next administration to give the technology agenda the necessary push it needs.

In June, the Senate passed on third and final reading a bill creating a Department of Information and Communications Technology to promote digital competitiveness as part of the Association of Southeast Asian Nation’s market integration.

The third edition of GOAB, which returned to its inaugural venue in 2013 after it was held in Cebu last year, gathered hundreds of delegates and speakers from the startup industry in a series of talks, activities, and networking. RAM

Formula to successful startups according to industry leaders