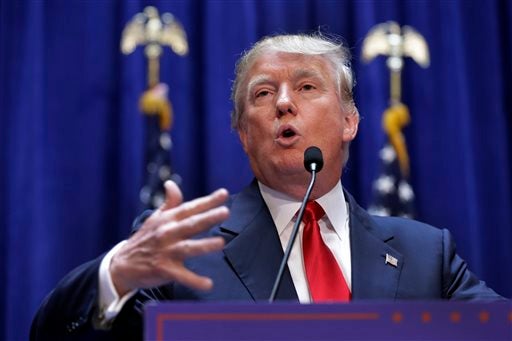 FILIPINOS comprise a large chunk of the Facebook followers of American businessman and presidential candidate Donald Trump, a report by news and technology site Vocativ said.

Noting that only 42 percent of Trump’s online fans were Americans, Vocativ said majority of the Republican candidate’s more than a million followers were from developing nations like the Philippines, Malaysia, India, South Africa, Indonesia and Colombia.

But while saying that it was not unusual for Trump to have followers in developing countries because of his stature as international businessman, the report said he does not have a large Facebook following in countries where he has international properties, like Turkey, Korea, Ireland and Dubai.

“What Trump does have is a large fan base in countries that researchers have deemed hubs for Facebook fraud. Specifically, they are home to “like farms”—services through which companies or individuals can buy Facebook likes using zombie accounts run by people who might be paid as little as $120 a year,” Vocativ said.

“The grossly inflated ratio of Trump’s American followers to farm-country Facebook fans also suggests that a chunk of his supporters is probably fake. One in every 27 Trump followers is from the Philippines. While presidential candidates Marco Rubio and Ted Cruz also have followers there, only one in 519 Cruz followers and one in 573 Rubio followers are from the Southeast Asian country,” it added.

Citing researcher Michael Fire, who studied two years’ worth of Facebook like activity on Trump’s page, Vocativ said a “significant portion” of Trump’s followers may be a result of Facebook fraud.

Trump condemned for not correcting statement Obama is Muslim