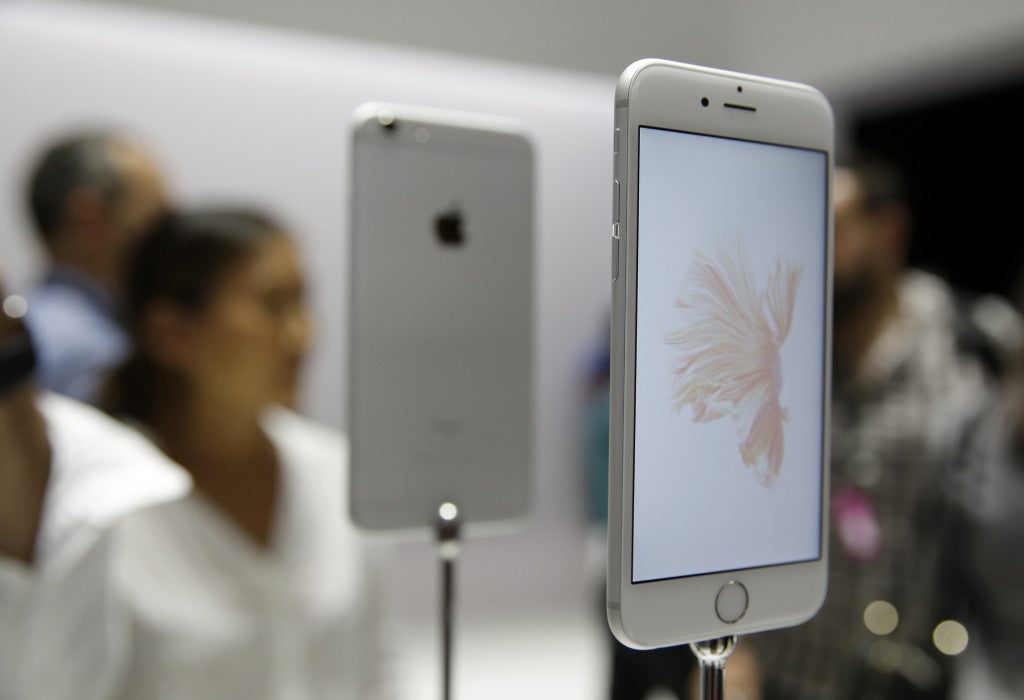 People look over the iPhone 6s models during a product display following an Apple event on Sept. 9 in San Francisco. Apple on Oct. 21 released the latest update to iOS 9 and with it a new set of emojis. AP

Apple on Wednesday released iOS 9.1, the latest update to iOS 9, and with it a new set of emojis, according to macrumors.com.

Apart from including support for Unicode 7 and 8, iOS 9.1 also introduces new emojis such as taco, burrito, cheese wedge, middle finger, champagne bottle, and unicorn head, among other new figures.

According to the site, iOS 9.1 also includes a Live Photos update, which senses when the iPhone is moved and refrains from recording unnecessarily; a Messages option that allows users to disable contacts’ photos; and new features and compatibility updates for the fourth-generation Apple TV and the iPad Pro.

For the list of new emojis, visit emojipedia.org. RC