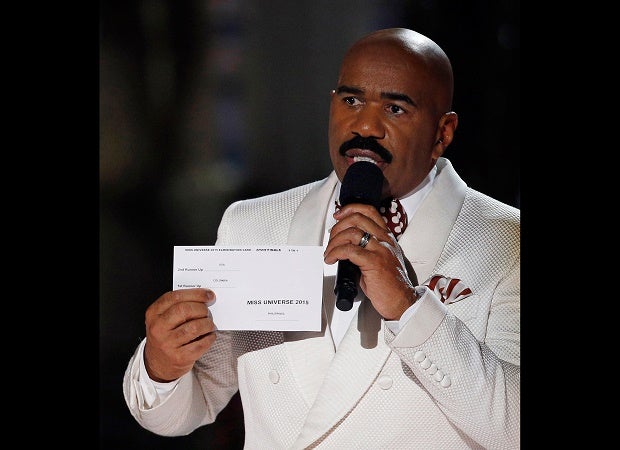 This year’s edition of Miss Universe will go down as one of its most memorable and most controversial pageants yet.

Netizens unleashed their wrath against pageant host Steve Harvey after he erroneously crowned the wrong winner with Miss Colombia Ariadna Gutierrez, who is the real first-runner up.

Philippines’ bet Pia Alonzo Wurtzbach was then declared the rightful winner of the 64th edition of the pageant, ending the country’s 42-year title drought.

While some slammed Harvey for his mistake, some chose to be funny and tweeted witty comments about the mix-up.

The mix-up resulted into an awkward moment between Gutierrez and Wurtzbach in the Planet Hollywood stage.

Harvey has apologized for his mistake: “Listen folks, let me just take control of this. This is exactly what’s on the card. I will take responsibility for this. It was my mistake. It was on the card. Horrible mistake… but I can show it to you right here. It was my mistake. Still a great night. Please don’t hold it against the ladies. We feel so badly, but it’s still a great night.”