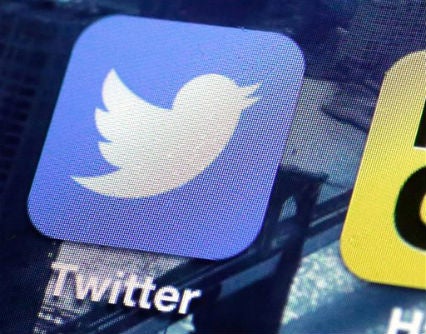 WASHINGTON—Twitter’s 140-character limit on tweets has long frustrated and challenged its most verbose users.

Now the company could offer a solution, according to tech news website re/code: the 10,000-character tweet, which could be available as soon as March.

Re/code reported on Tuesday that Twitter had been studying how to allow users to say more, after restricting them to 140 characters for 10 years.

That limit was based on the capacity of the original messaging software used, and though frustrating for many, unleashed a tidal wave of ultraconcise commentary across the Web.

Re/code says the company already allows 10,000 characters in a commercial product called Direct Messages, so the technology is no longer a barrier.

The company is testing a version that would still only display 140 characters in a message, but carry much more, and a reader would have to click on the tweet to see the rest.

The move is a part of Twitter’s efforts to expand its user base and advertising sales and other sources of income.

Twitter continued to lose money over the first three quarters of last year.

In October last year, it reported a third-quarter loss of $132 million, on a disappointing 11-percent, year-on-year increase in regular users to 320 million.

Users, however, were not entirely enthusiastic about the possible new limit, bashing the company in characteristically terse missives.

“140 characters is not NEARLY enough to express my outrage that Twitter is raising the character limit to 10,000,” writer Brian Phillips tweeted  in 111 characters.

“Twitter really going hard after those stubborn 300 million people who don’t hate it yet,” Rusty Foster quipped in just 87 characters.

In his own tweet, Twitter chief executive Jack Dorsey did not confirm the plan for a 10,000-character capacity, but he said the company was “not going to be shy about building more utility and power into Twitter.”

Using himself a popular method for getting past the 140-character limit attaching a screen shot of a longer text to the tweet, Dorsey called the current format “a beautiful constraint.”

“It inspires creativity and brevity. And a sense of speed,” he said.

Nevertheless, he said, Twitter has taken note of how many people use such screenshots to surmount the text limit.

Dorsey helped invent Twitter in 2006 and imposed a 140-character limit on messages so the service would be easy to use on cell phones that had 160-character limits on texts at that time.

Those texting limits on phones faded away several years ago as the advent of smartphones enabled people to use other Internet messaging services, making Twitter’s restrictions look increasingly antiquated.

Wedbush Securities analyst Michael Pachter believes an increased limit on tweets would be a “good, baby step” in attracting more users to Twitter and believes it could be done without alienating the service’s current audience.

One way to make an increased limit less obnoxious would be to only show a limited amount of text in users’ feeds and then leave it to each individual to click on a button to see more, he said.

“Twitter is an afterthought in social media right now,” Pachter said. “They need to do something to drive more usage of the service. If people start using the service more frequently, other users will come join in, too.”

But even investors did not take to the idea: Twitter shares closed down 2.8 percent to $21.92 after the report. Reports from AFP and AP