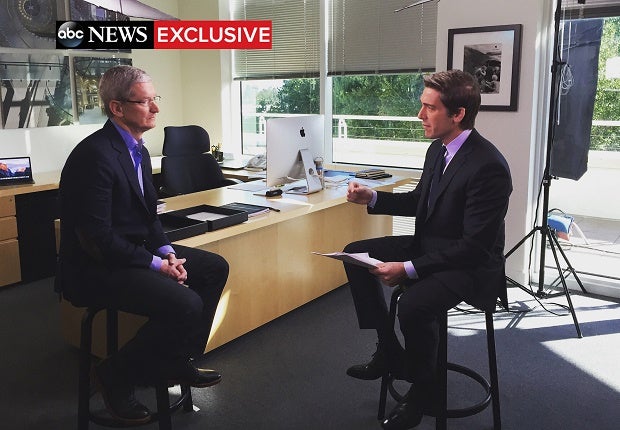 SAN FRANCISCO — Apple CEO Tim Cook said Wednesday that it would be “bad for America” if his company complied with the FBI’s demand for help unlocking an encrypted iPhone used by one of the San Bernardino shooters.

In his first interview since the controversy erupted last week, Cook told ABC News that it was a difficult choice to resist the government’s request for help with the iPhone used by Syed Farook, one of two extremists who killed 14 people in the California city in December.

Federal officials have said they’re only asking for narrow assistance in bypassing some security features on the iPhone, which they believe may contain information related to the mass murders. Apple has argued that doing so would make other iPhones more susceptible to hacking by authorities or criminals in the future.

“We know that doing this would expose people to incredible vulnerabilities,” Cook said. “This would be bad for America. It would also set a precedent that I believe many people in America would be offended by.”

Cook complained that Apple learned from the news media about a federal magistrate’s decision last week to order the company to create the software that FBI investigators want. Court documents indicate that authorities had previously consulted with Apple about ways to obtain the data on the phone.

“I don’t think that something so important to the country should be handled in this way,” Cook said.

A Department of Justice spokeswoman did not immediately respond to requests for comment. Apple is expected to file its legal response to the judge’s order by Friday.

READ: Facebook’s Zuckerberg ‘sympathetic’ with Apple’s fight with US authorities