Malicious software in smartphones rose 300% in 2015 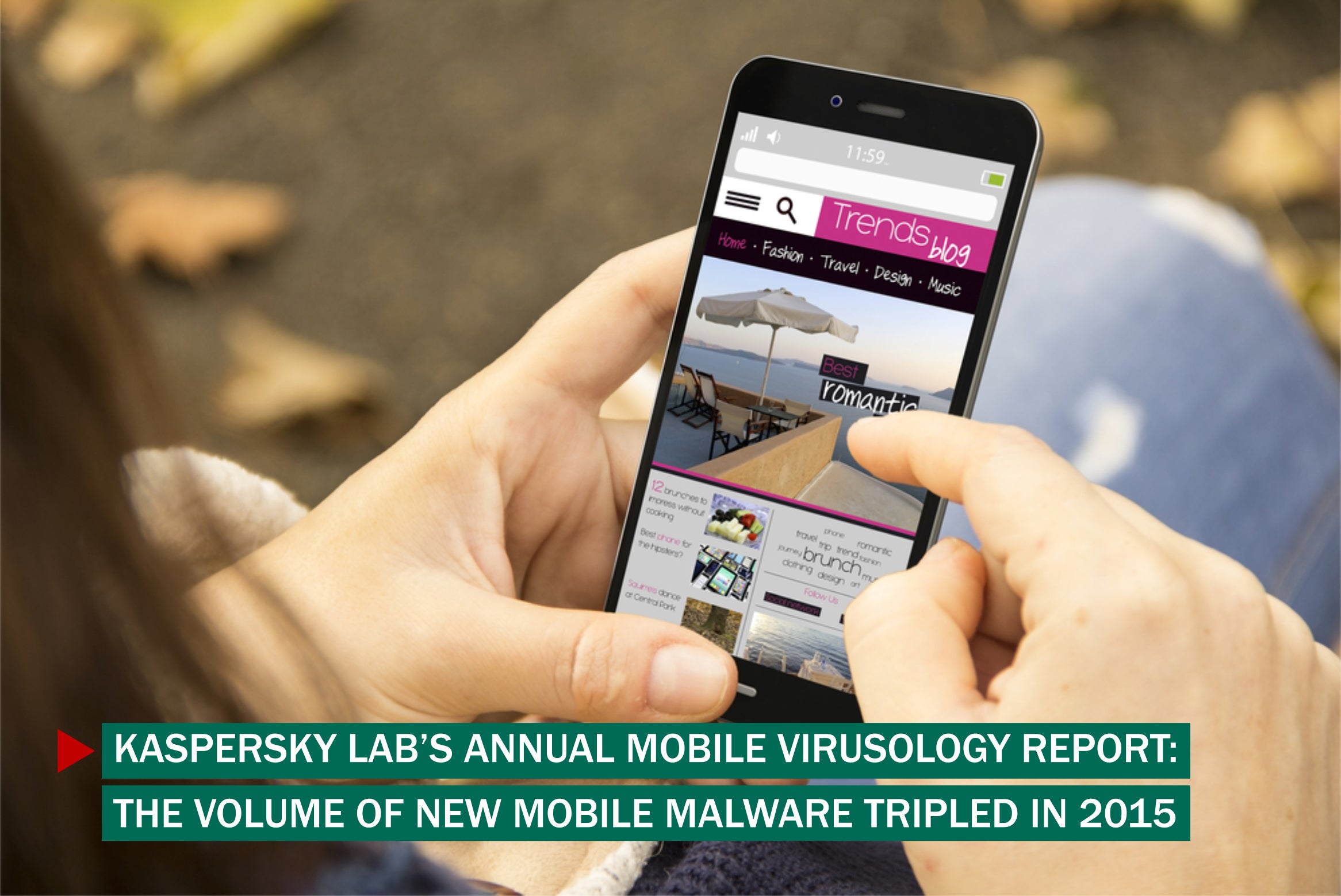 The number of malicious software or “malware” in smartphones increased 300 percent in 2015 compared to 2014, international cybersecurity firm Kaspersky Lab said in its annual Mobile Virusology report.

Among the most dangerous malware are known as “ransomware” which essentially locks a user’s smartphone and can only be unlocked by paying a ransom ranging between $12 and $100.

“The number of users attacked by ransomware increased from 1.1 percent to 3.8 percent between 2014 and 2015. Attacks were registered in 156 countries, with Russia, Germany and Kazakhstan the most hit,” Kaspersky said in a statement.

Kaspersky also warned against the increase of Trojan malware that look like legitimate apps.

“Nearly half of the top 20 Trojans in 2015 were malicious programs displaying intrusive advertising on mobile devices. Fraudsters used every available method to propagate these Trojans, through malicious web-banners, fake games and other legitimate apps published in official applications stores,” it said in the report.

“In some cases they were positioned as legitimate software preinstalled by the device vendor. Some of these apps have the ability to gain super-user access rights or root access. Such rights give attackers an almost unlimited ability to modify information stored on an attacked device,’ it added.

There were also types of malware that target financial or banking apps. Cybercriminals use these to hack into the system of a financial organization where they can do whatever they want.

In 2015, Kaspersky exposed the cybercriminal group known as “Carbanak” which stole nearly $1 billion from banks all over the world after they hacked the banks’ internal network.