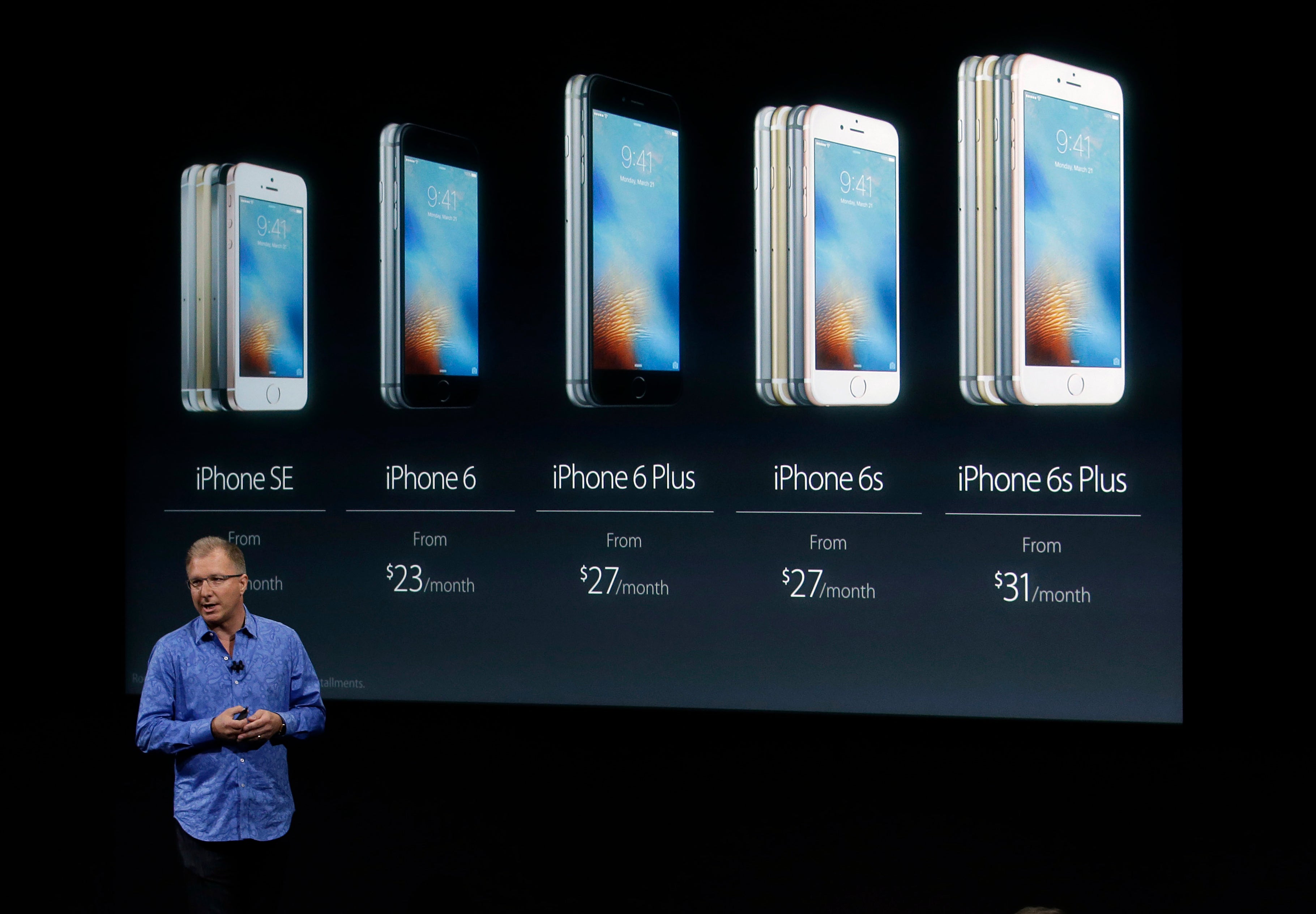 CUPERTINO, United States — Apple went small on Monday — cutting prices as well as screen size — as it unveiled a new iPhone and iPad aimed at first-time buyers and customers in emerging markets.

The new launches came as Apple geared up for a high-profile court battle with the US government on encryption and data protection, with chief executive Tim Cook claiming that protecting privacy is an obligation for the tech giant.

The new iPhone SE will debut at $399 for US customers without a contract subsidy, a significant cut from the price of Apple’s larger iPhones.

Apple sold 30 million of its other small-screen iPhones in 2015, company vice president Greg Joswiak said, showing that many customers like the compact size — despite the trend toward bigger displays.

“Some people really love smaller phones,” he told the low-key event at Apple’s headquarters in Cupertino, California, unveiling the aluminum handset with upgraded specifications and other features including Apple Pay.

“In some countries like China, for a majority of these customers, it is their first iPhone.”

The new iPhone model has strong potential in international markets beyond China, particularly in India, according to Creative Strategies analyst Tim Bajarin.

Even though the price tag is higher than low-cost Android handsets that dominate the market, it puts the cherished Apple brand within better reach to people in developing economies.

“It will be a good winner for them,” Bajarin said of the iPhone SE.

“While China is still growing, I think their next big market is India and this is a good first step toward an India focus.”

The iPhone SE will be aimed at first-time Apple buyers and those who want to upgrade from the iPhone 5S and 5C, which have not been updated in over two years. The iPhone 6S, the lowest-cost handset in the large-screen family, starts at $649.

Also unveiled at the event was a new iPad Pro that also moves smaller — a 9.7-inch display compared with the 12.9-inch model on the original business-geared tablet.

“It is a large enough display to get all your work done, but easy to carry around,” said Apple vice president Phil Schiller.

The smaller, new iPad starts at $599 for US customers, down from around $800 for the original.

Apple took direct aim at Windows-powered personal computers, noting the large number of machines that are five or more years old but still in use.

The iPad Pro has always been aimed at the business market, but “this is the first I have heard Apple say they were going after the PC crowd,” Bajarin said.

Apple will be taking orders Thursday for the new phone and tablet, with deliveries set for March 31, in the United States, Britain, Australia, Canada, China, France, Germany, Hong Kong, Japan, New Zealand and Singapore, with more markets to be added in April.

Apple is seeking “to kickstart the upgrade cycles for both iPhones and iPads,” said Jan Dawson at Jackdaw Research.

“Larger iPhones are still selling in huge volumes, but there’s considerable evidence that some of those who own smaller iPhones are holding onto them rather than upgrading to the new, larger iPhones.”

Dawson said in a blog post that he sees “significant pent-up demand within Apple’s base of iPhone owners who want a smaller iPhone with up-to-date specs and newer features.”

But he added that “this pricing doesn’t get the iPhone down to the kind of prices needed to really spur sales in emerging markets, where older devices have been on sale for some time at similar or lower prices.”

Apple also announced it was cutting the entry-level price for its Apple Watch to $299 from $349 as it unveiled a new nylon band for the device.

Apple has not released sales figures for the smartwatch but analysts have said it has become the market leader.

Cook used the unveiling to reiterate his views on encryption and data protection a day ahead of key court hearing.

“We need to decide as a nation how much power the government should have over our data and our privacy,” Cook told the crowd gathered for the event, one day before a court hearing on a hotly contested FBI effort to force the company to help break into the iPhone of a shooter involved in a deadly December attack.

“We believe strongly we have an obligation to help protect your data and your privacy. We owe it to our customers. We will not shrink from this responsiblity.”

Apple, backed by a broad coalition of technology giants like Google, Facebook and Yahoo, argues that the FBI is seeking a “back door” into all iPhones as part of the probe into the December 2 massacre in San Bernardino, California that left 14 people dead.

Because of the iPhone’s encryption, Apple contends it would need to build a weaker operating system to help the FBI crack the phone’s passcode.

The US Justice Department argues that it is making a “modest” demand that could help reveal vital evidence in a terror case.