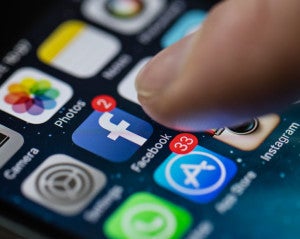 Pre-loaded apps can be removed from the home screen but not entirely from the device. Image INQUIRER.net

When Apple announced iOS 10, they mentioned that users would be able to remove stock apps from their devices. Apple clarifies that they may remove apps from the home screen but not permanently delete them from the device.

According to a report from Engadget, Removing apps from the home screen purges the data and configurations of the app. However, a binary file will remain in storage.

On the plus side, users will be able to have a less icon-cluttered home screen. Furthermore, Apple points out that the collective space occupied by pre-loaded apps only amount to 150MB. Should users change their mind about apps they ‘removed’, said apps will be downloadable from the App Store.

The Apple support page for beta testers of the iOS 10 provides a rundown of what app affects what functionality and the possible consequences of its removal. That said, it would be wise to review this list first before removing apps when iOS 10 gets released. Alfred Bayle