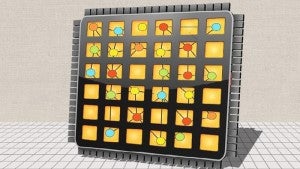 As if multi-core CPUs were not fast enough, researchers from the Massachusetts Institute of Technology (MIT) have a developed a way to make them even faster.

The Swarm chip architecture was developed by Prof. Daniel Sanchez and his team. It is a 64-core ship that includes specialized circuitry for prioritizing and executing tasks in a simple yet efficient manner. They hope this will lighten the load on developers when writing code for software, reports Gizmag.

Currently, few commercial software are able to fully and efficiently utilize all the cores on a multi-core chip due to the inherent difficulty that comes with writing the code. Writing code that will take advantage of multiple cores requires complicated planning and delegating parts of the program to utilize available cores.

Swarm architecture essentially takes over most of this complicated command delegating through its specialized circuitry and does it more efficiently. This in turn will allow programmers to execute parallel tasks that will make programs run faster.

Professor Sanchez states that Swarm has two main advantages over current multi-core architecture. First is that it supports tiny tasks and second, it enforces a global order among these tasks. Current multi-cores can only function efficiently when handling large tasks and having trouble ordering tiny tasks.

Sanchez’s team speculates that programming complexity may have been the reason why chip manufacturers limit the cores on their chips.  Alfred Bayle