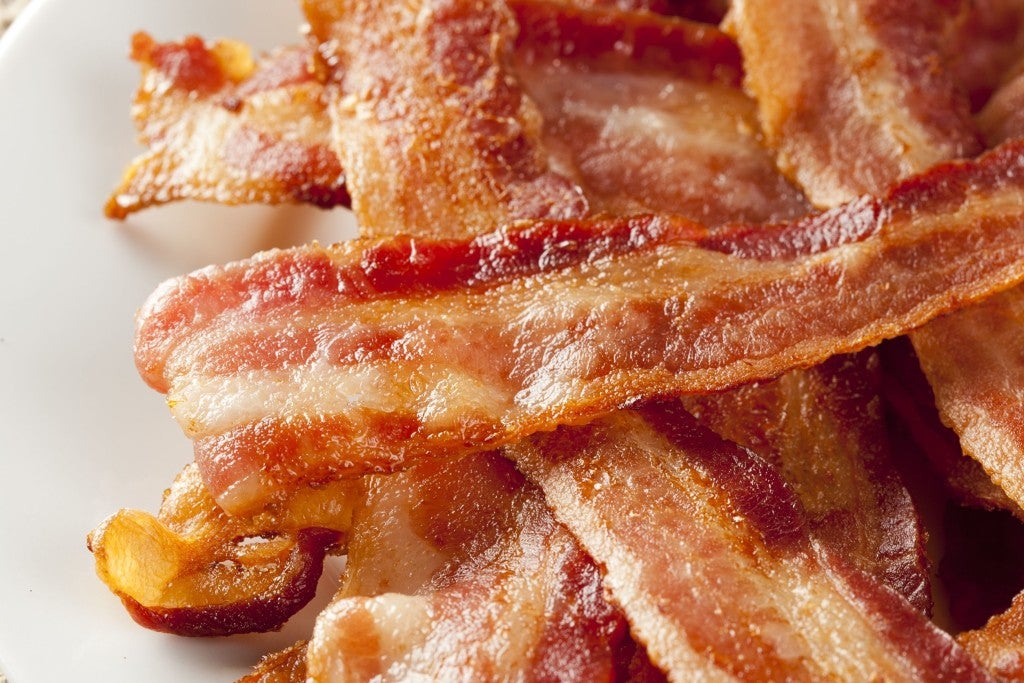 Most people say bacon is detrimental to one’s health, but one elderly woman used it to potentially save hers.

An 86 year-old lady from Manchester, England, foiled an attempted robbery by defending herself with a pack of everyone’s favorite processed meat.

The shocking incident, which took place inside a supermarket in Altrincham, UK, was recounted by the Greater Manchester Police Facebook page on Tuesday (Wednesday in Manila).

“Yesterday afternoon an 86 year-old female withdrew a large quantity of money from a cash machine before heading into a supermarket in Altrincham,” the post said. “Whilst shopping, the lady was challenged by an unknown female who grabbed her trolley and demanded the money she had withdrawn.

”The unidentified senior citizen protected herself by using the processed meat as a weapon and repeatedly smashed the female offender over her head,” the post recalled.

After being smacked with the breakfast staple, the offender retreated and made off from the supermarket.

The woman’s amusing story has since gone viral, and has amassed over 3,000 likes and 1,699 shares as of this story’s writing, with netizens using the clever hashtag, #BeatOffWithBacon.

One person joked, “Sounds like a Hambush to me,”, while another one chimed in, “Good on her, bet the offender made off with egg on her face.”

The bacon puns kept coming as one user wrote: “Her actions were quite Rash, lucky the perp didn’t have a gun she could’ve been ‘smoked’, you know what they say if at first u don’t succeed ‘fry fry’ again”.

Kidding aside, the woman was congratulated online for her bravery and for her unorthodox weapon of choice.

“Well done lady, that’ll teach her not to assume old people are easy targets. Hope you’re not too stressed about it”, one Facebook user said. Khristian Ibarrola