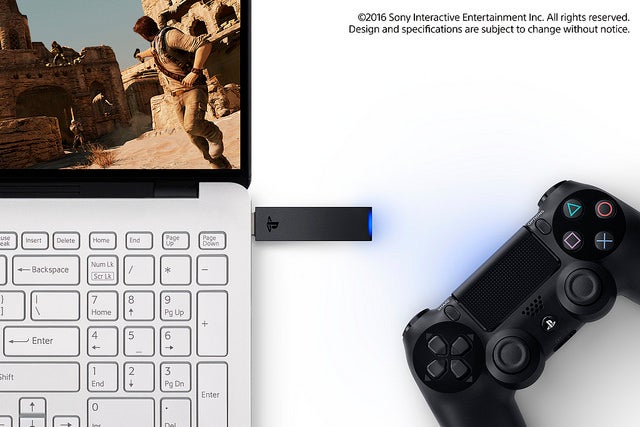 The Wireless Adapter will handle all the details of setting up the DualShock 4 on Windows PCs to make it easier for users to just pick up their controller and start gaming.  Playstation Blog

Sony is set to launch a new DualShock 4 USB Wireless Adapter that will allow PS4 controllers plug-and-play compatibility with PC and Mac without the need for third-party drivers.

The Wireless Adapter will be out sometime in December with a price tag of $24. Apart from basic controls, users will be able to enjoy all the DualShock 4’s features including the touch pad, light bar, and motion sensor for games that will support them, reports TechRadar.

Worth noting is the Wireless Adapter’s capacity to support only one controller at a time. In contrast, the Xbox One’s wireless adapter is able to support up to eight controllers at any given time on Windows 10 computers. Xbox controller connectivity will also become pre-built into select PCs and motherboards.

READ: Xbox controllers to be ‘Plug-n-play’ with future Windows 10 PCs

The announcement for the adapter was made together with Sony’s move to bring PlayStation Now to the PC. This service will allow subscribers to stream over 400 PlayStation games including tiles that were once exclusive such as God of War, Uncharted and Ratchet & Clank. Unfortunately the news did not include Mac computers, but Sony says it is evaluating the idea.  Alfred Bayle