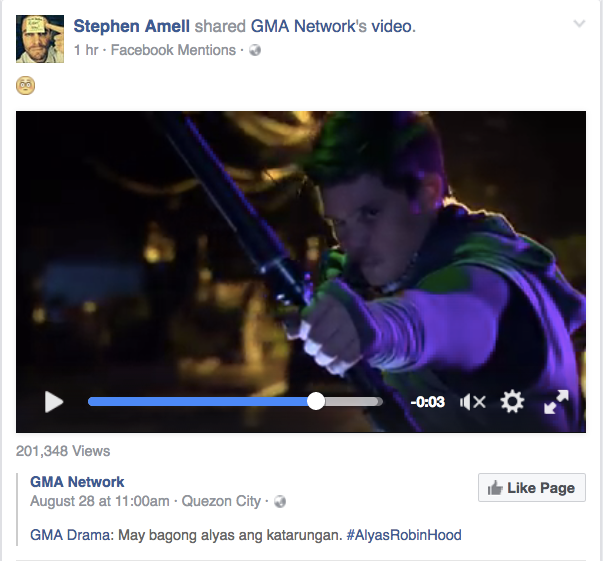 Netizens are not too happy with how “Alyas Robin Hood” looks very similar to the American popular TV series “Arrow.” Screen Grabbed from @stephenamell

Actor Stephen Amell recently shared a video clip on Facebook showcasing a new Robin-Hood-inspired show on GMA Network with a Flushed Face emoji. Filipino fans reacted with posts of apologies out of embarrassment for the seemingly blatant resemblance of the show to American television series “Arrow.”

Many netizens who saw Amell’s post felt embarrassed over what they said was a “ripoff” of the popular series.

Here are some of the comments on Amell’s post:

“well this is embarassing.. sorry for that mr. amell .. our tv networks in PH has no originality..”

“hahaha im a fan of yours stephen amell,, RobinHood is just the copy cat of your ARROW but a filipino version..”

“Philippine TV network is pure garbage. Its either telenovela drama or a ripoff from a popular show around the world. Im sorry for this Captain Amell.”

“Being a Filipino myself, I’m actually intrigued. Filipino television is the most unintentionally hilarious thing I’ve ever watched.”

The post has close to 400 comments as of this writing that are a mixture of apologies and ridicules for the sorry state of Philippine television.  Alfred Bayle