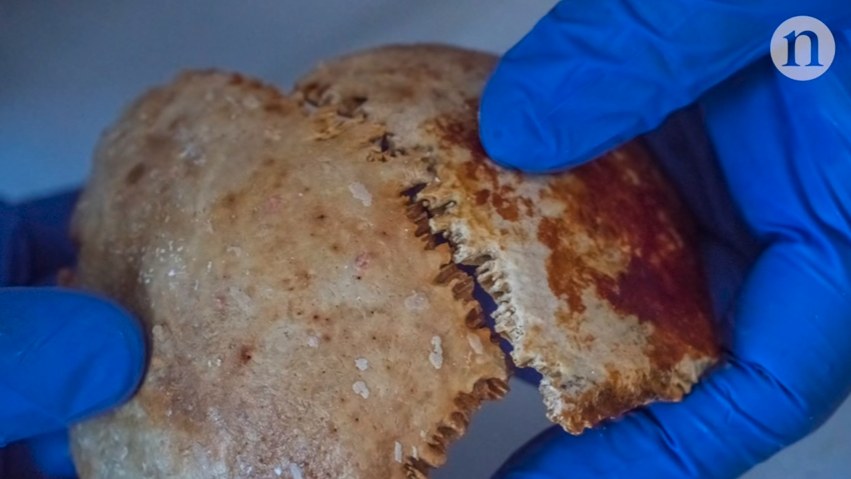 PARIS—Archeologists have discovered a 2,000-year-old human skeleton at the same Mediterranean shipwreck that yielded the most sophisticated piece of technology, a clockwork, to survive Antiquity, Nature reported Monday.

If DNA can be prized from the remains, found on August 31 off the coast of the Greek island Antikythera, it may reveal clues as to the skeleton’s identity, the science journal said.

The surprisingly well-preserved bones — including a partial skull, two arm bones, several ribs and two femurs — could also unlock secrets about the famous first-century BC merchant ship which probably foundered during a storm.

The Greek government has yet to give permission for DNA testing.

The skeleton is a rare find. The bodies of shipwreck victims are usually swept away or eaten by fish, and rarely survive decades, much less centuries.

“We don’t know of anything else like it,” Brendan Foley, an underwater archeologist at Woodshole Oceanographic Institution in Massachusetts and co-director of the excavation, told Nature.

A first look suggests that the skeletal remains come from a young man, according to Hannes Schroeder, an expert in ancient DNA analysis from Denmark Museum of Natural History.

Schroeder was especially pleased at the recovery of the petrous bones — located behind the ear — that tend to preserve DNA better than other parts of the skeleton or teeth.

“If there’s any DNA, then from what we know, it’ll be there,” he told Nature.

DNA recovery could reveal hair and eye color, as well as ancestry and geographic origin, he added.

The wreck, sitting in nearly 50 meters (165 feet) of water, was first discovered by sponge divers in 1900, and is widely believed to be the first ever investigated by archeologists.

The prize find was the so-called Antikythera Mechanism, a device from the 2nd-century BC, which is sometimes called the world’s oldest computer.

The highly complex device is composed of some 40 bronze cogs and gears and was used by the ancient Greeks to track the cycles of the solar system.

It took another 1,500 years for an astrological clock of similar sophistication to be made in Europe.

The oldest DNA ever retrieved from modern human remains was about 45,000 years old.