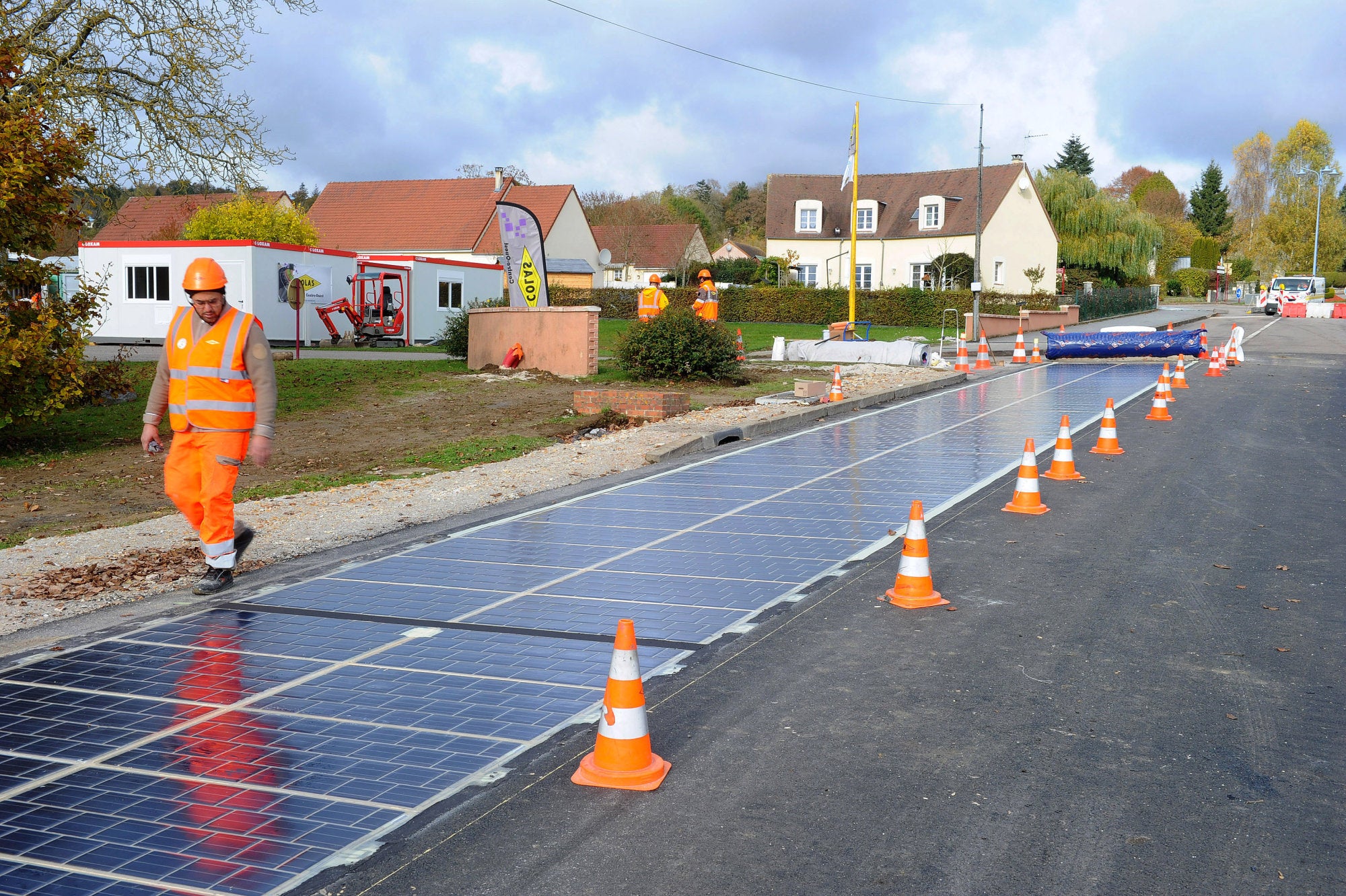 This small-scale test run will help determine the effectiveness of the solar panels, as well as their capacity to carry loads in an extended period of time.  Image Wattway

Rugged solar panels are currently being installed on the streets of a small town in Normandy, France, as a test run for eventual mass installation in various countries.

While solar panels are still a little costly, they are not as expensive as before. This is thanks to the plummeting costs after a subsidiary of Bouygues SA developed its rugged solar panels, reports Bloomberg.

The panels are currently being installed in the village of Tourouvre in Normandy region.  The test site will occupy 2,800 square meters of roadway for the testing phase and is estimated to generate 280 kilowatts of power at their peak. The panels would also generate enough energy to power public lighting in the town of 5,000 for one year.

These rugged panels were created by layering several types of plastics to create the durable casing. It is more than capable of withstanding the weight of an 18-wheeler truck.

At present, manufacturing costs for these rugged panels are only viable for demonstration projects. However, the company plans to make prices competitive with traditional solar farms by 2020.

“We wanted to find a second life for a road,” said Philippe Harelle, the chief technology officer at Colas SA’s Wattway unit, owned by the French engineering group Bouygues. “Solar farms use land that could otherwise be for agriculture, while the roads are free.”

Next in line for testing are towns in Canada and the state of Georgia. Eventually, the company wants to expand to Africa, the European Union and Japan.

“We need to test for all kinds of different traffic and climate conditions,” Harelle said. “I want to find the limits of it. We think that maybe it will not be able to withstand a snow plow.”

Solar panels on roads is a great idea especially for countries like the Philippines that are short on viable real estate. However, with the current traffic situation, installations on city streets might not be the most promising ventures.  Alfred Bayle