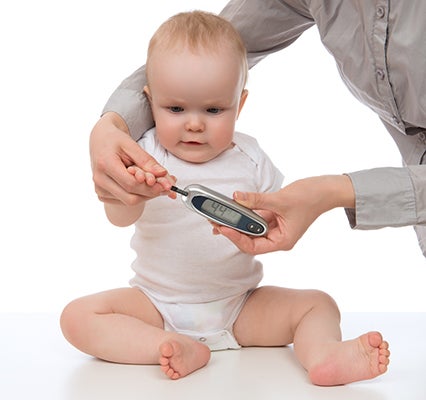 Around 3 million people of all ages live with autism in the U.S. Image: dml5050/Istock.com via AFP Relaxnews

Researchers in the United States have managed to accurately predict whether a child is on the autism spectrum by means of a simple blood test. The test is based on an algorithm that analyzes levels of specific molecules, linked to autism spectrum disorder, present in blood samples. This groundbreaking first could pave the way for early diagnosis of ASD. The study is published in the journal, PLOS ONE.

Scientists at the Rensselaer Polytechnic Institute in New York have developed an algorithm that measures 24 metabolites found in the blood and which is capable of reliably predicting—in almost 97 percent of cases—whether a person is affected by autism and to what extent.

Previous studies investigating the diagnosis ASD by blood test have focused on one individual biomarker, metabolite or gene in identifying the disease. However, such studies were not found to be statistically significant, the researchers report.

Here, the scientists developed an algorithm based on mathematical and statistical data gathered from blood samples taken from 149 patients (about half of whom were on the autism spectrum) to help them understand and analyze the various biological phenomena at play. The data gave scientists valuable insight into the interactions between molecules that control cell function.

The research highlights two biological processes linked to the disease: the modification of DNA and a drop in the production of a powerful antioxidant called glutathione, which reduces oxidative stress.

The study, published in the journal, PLOS ONE, could help improve early diagnosis of ASD, which is currently diagnosed in most children after four years old.

Currently, around 3 million people of all ages live with autism in the U.S. JB