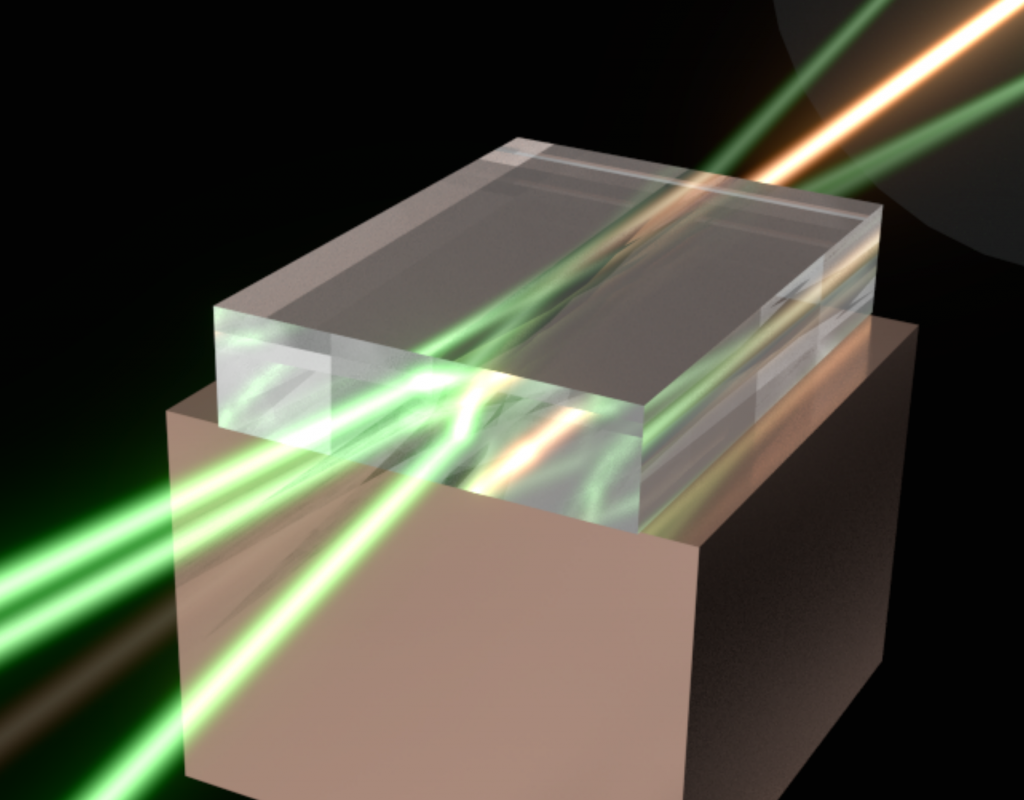 In many ways, science fiction has helped push the development of new technologies. One such inspiration comes from the popular sci-fi franchise Star Wars. A team of researchers discovered a way to fire lasers like the movie franchise’s malevolent “Death Star.”

The research published on Laser and Photonics Reviews was conducted by a team  from Macquarie University, Australia. It described a concept of firing lasers wherein the beams would converge into a single, more powerful laser beam, much like the Death Star’s planet-killing death ray.

“This discovery is technologically important as laser researchers are struggling with increasing power beyond a certain level due to the large challenges in handling the large heat build-up, and combining beams from multiple lasers is one of the most promising ways to substantially raise the power barrier,” said lead experimentalist Dr. Aaron McKay.

Apart from greatly increasing the laser beam’s energy output, the diamonds could also change the color of the beam. Associate professor Rich Mildren notes that changing the color or wavelength of the laser beam can help in better transmission through the atmosphere, as well as in reducing eye hazard for people and animals. Blue and ultraviolet light are such examples.

Planetary death rays and light sabers are some of the more fanciful applications of this research. But practically speaking, these diamond amplified lasers could be used for industrial purposes, like mining or self-defense. Either way, it’s always exciting to hear about scientists inching closer to turning science fiction into reality. JB

TOPICS: amplified laser, Death Star, laser research, Macquarie University, Star Wars
Read Next
Xbox Project Scorpio to be unveiled through Digital Foundry
EDITORS' PICK
Smart releases Hyun Bin’s second TVC
EuroMillions Superdraw: A lottery draw unlike any other is coming to the Philippines
DOLE: Return of OFWs’ remains from Saudi to be ‘delayed,’ deadline moved to ‘early next week’
Water remains our saving grace right now
‘Justice will be done,’ Duterte assures as he vowed probe on Jolo incident to bare ‘truth’
Current dominant strain of COVID-19 more infectious than original—study
MOST READ
BREAKING: Duterte signs anti-terror bill into law
Duterte tells military: No other president looked at you the way I did
Locsin warns of ‘severest response’ if China’s army drills in SCS ‘spill over’ to PH domain
Current dominant strain of COVID-19 more infectious than original—study
Don't miss out on the latest news and information.