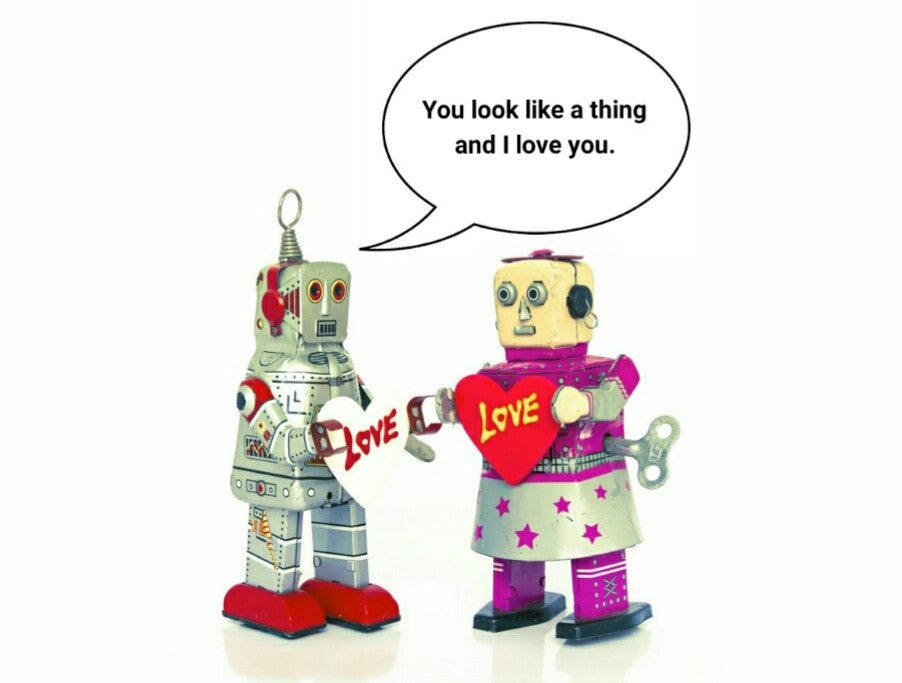 From the neural network that brought you fake Pokemon comes a new stream of gibberish designed to help humans break the ice.

“Gathering the dataset was much more painful than I had expected,” says Shane. “I hadn’t really read many of these before, and most were obscene, or aggressive, or kind of insulting. I began to regret the whole project.”

While the neural network managed to produce a list, the system predictably failed to grasp the intricacies of word play inherent to the source material.

Some of the lines it generated were “I want to see you to my heart,” “I have a really falling for you,” the hanging “If I were to ask you out?” the absurd “I don’t know you,” and “I have to give you a book, because you’re the only thing in your eyes.” Some were just kind of plain cheesy, such as, “You are so beautiful that you make me feel better to see you.”

Possibly the wittiest line it generated is “You look like a thing and I love you.” More of the list can be found on Shane’s Tumblr account under the handle @lewisandquark.

The neural network may not be a Gigolo Joe but it may be on to something when it also generated “hello”—because doesn’t every encounter start with “Hello?” JB