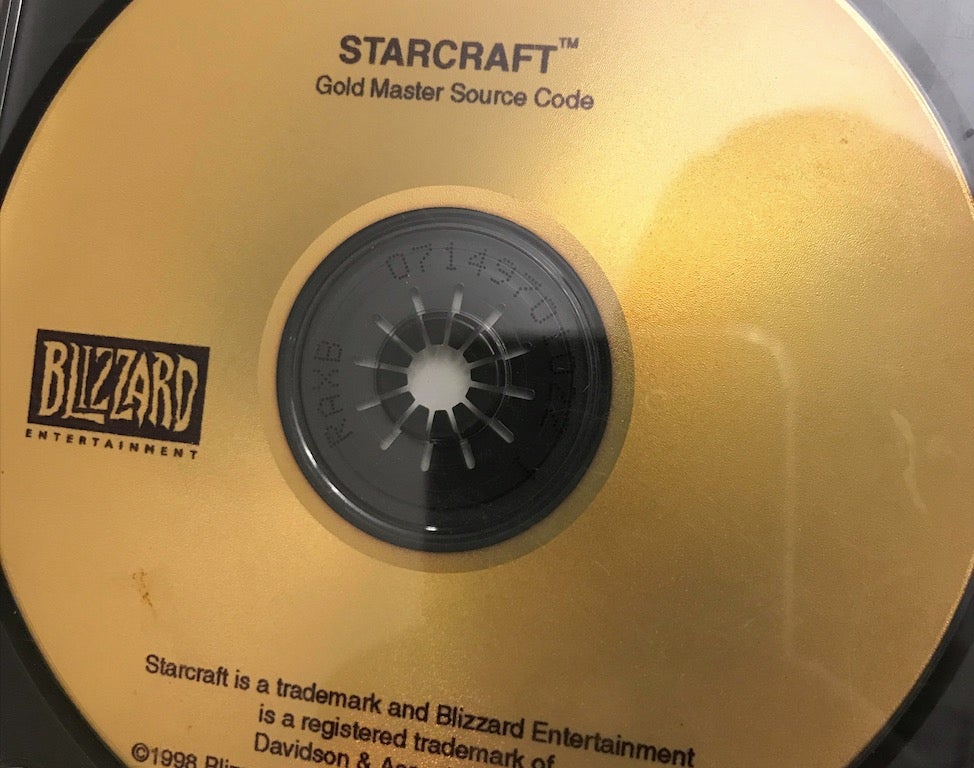 How often do you find something valuable that you know belongs to someone else? What do you do with it? One guy found the source code for StarCraft and decided to give it back to Blizzard. In return, he got a personal invite to BlizzCon, drinks with Blizzard staff, and a bunch of gaming swag.

Reddit user Khemist49 made a remarkable find last month when he purchased a “box of Blizzard stuff” from eBay. Within it was a golden CD-R labeled “StarCraft Golden Source Code”, reports Kotaku.

Khemist49 posted his rare find on Reddit. Users started to ask him to rip the CD’s contents and make it available online. Others derided him as “scummy” for still having the disc. 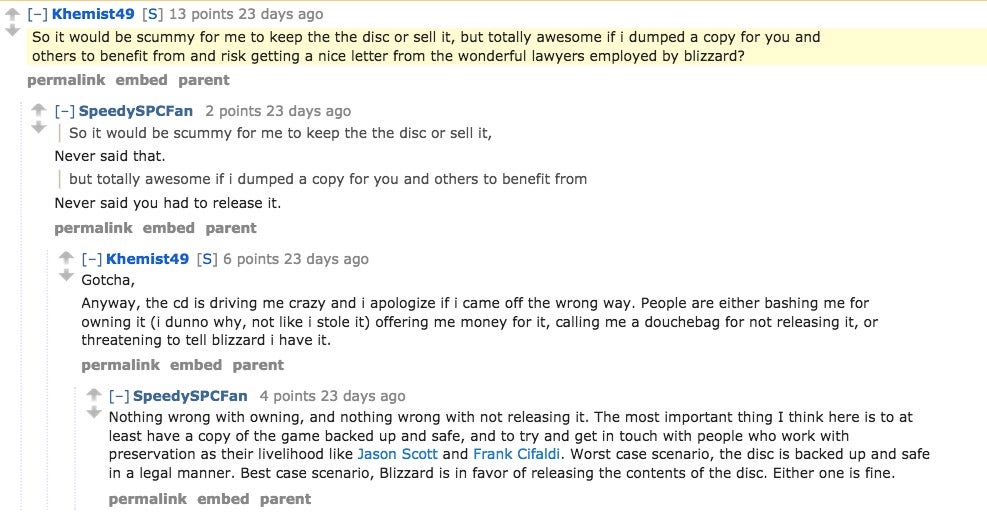 He also heard from Blizzard’s legal team, asking for the return of the disc as it contained “intellectual property and trade secrets.” In the end, Khemist49 decided to return the lost disc to its rightful owners at Blizzard.

For his goodwill, Blizzard gave him a copy of Overwatch and $250 in Blizzard store credit. Khemist49 thought everything was squared out until he received a call from a Blizzard employee.

Khemist49 wrote on Reddit, “He asked me if I have ever heard of BlizzCon. I said well, yeah of course but it’s impossible for me to go. I live in the East Coast, and the badges are always sold out before you can even refresh the page. He said ‘well, the reason we are calling you is to invite to BlizzCon, all expenses paid, and we would love to take you out for drinks.’” 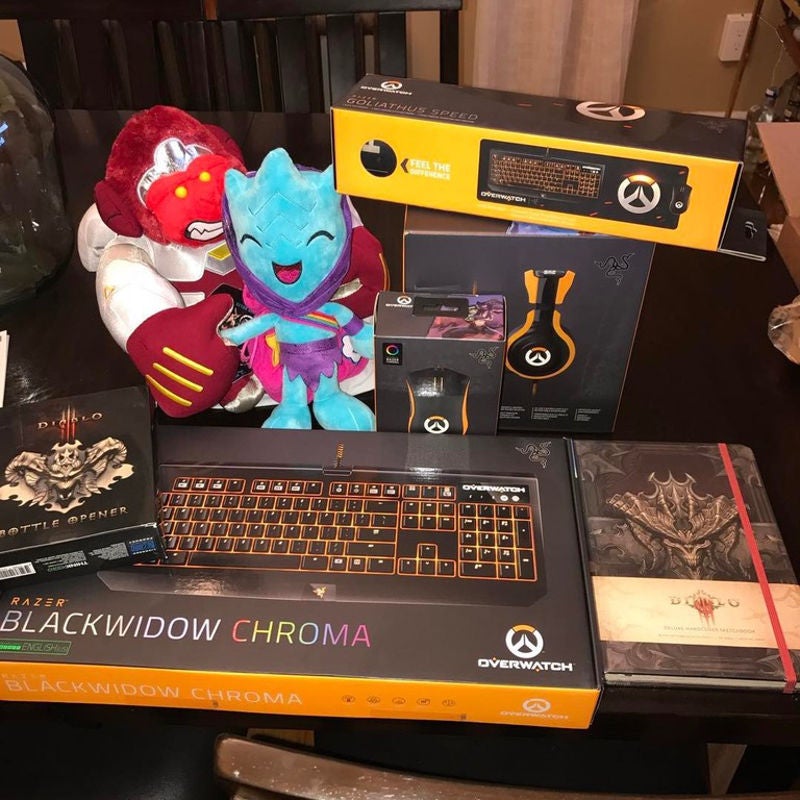 Blizzard confirmed the story with Kotaku saying the company “wanted to show an appropriate level of appreciation to the player for doing the right thing, not just from Blizzard, but on behalf of the large and active community of players who still enjoy StarCraft today.”

Was Khemist49 selfish for not sharing intellectual property (that is most likely stolen) to the whole world? Or did he do the right thing and got well rewarded for it? One thing’s for sure, one very happy Blizzard fan is going to walk through the doors of the next BlizzCon with a huge smile on his face. Alfred Bayle/JB

LOOK: Darksiders III in the works, for release in 2018