Einstein letters on quantum theory and God to be auctioned 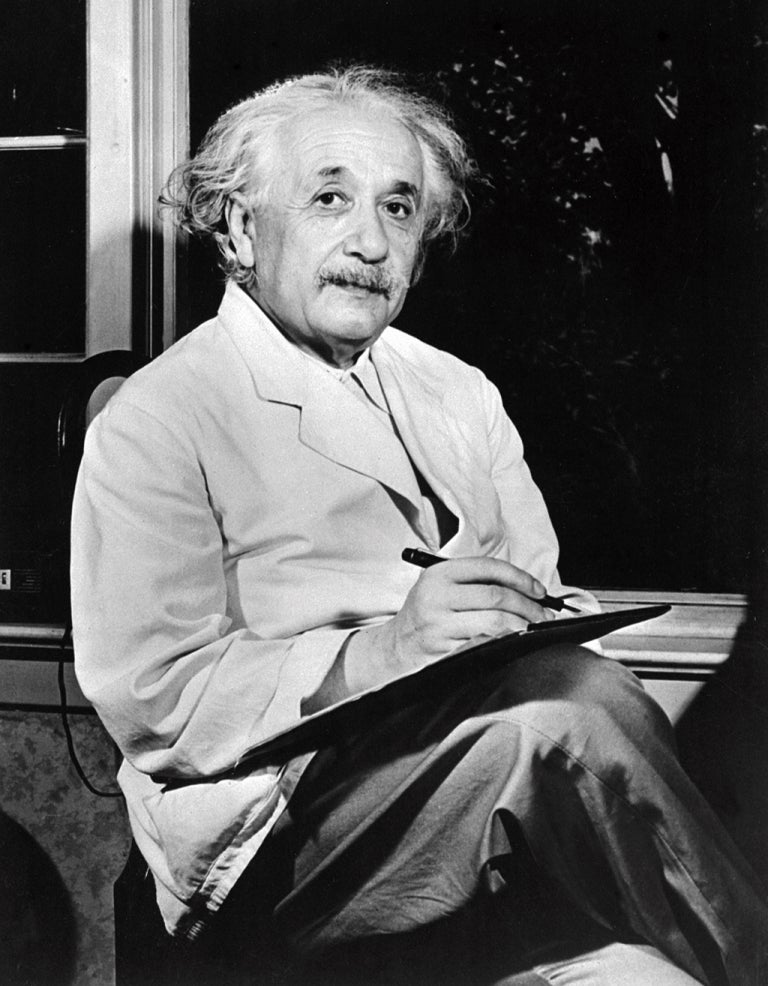 Letters from Albert Einstein giving colleagues his thoughts on physics, God and Israel in the 1950s go under the hammer at a Jerusalem auction house on June 20.

The website of Winners auction house describes five signed letters written in English between 1951 and 1954.

“I must confess that I am not able to guess how such unification could be achieved,” Einstein writes.

The typed letter includes an equation added in neat handwriting and the writer’s signature.

Bohm, born in the United States to Jewish immigrant parents, had worked with Einstein at Princeton University before fleeing to Brazil after losing his post in Senator Joseph McCarthy’s anti-communist witch-hunts.

In a 1954 letter to Bohm, who was living in Sao Paulo, Einstein empathized with his friend’s struggles in his complex theoretical work.

“If God has created the world his primary worry was certainly not to make its understanding easy for us. I feel it strongly since fifty years,” he writes.

Winners said the letters came from the estate of Bohm’s late widow.

Another 1954 letter refers to the possibility of Bohm moving to Israel, which had been founded in 1948.

Einstein, who had turned down an offer to be the fledgling country’s president, believed the time was not ripe for such a move.

“Israel is intellectually alive and interesting but has very narrow possibilities and to go there with the intention to leave on the first occasion would be regrettable,” he wrote.

Bohm did, in fact, take up a visiting professorship at Israel’s renowned Technion technological institute in 1955.

“Two years later, he moved to England where he worked in the Universities of London and Bristol,” Winners’ online catalogue said.

Einstein had earlier served as a non-resident governor of Jerusalem’s Hebrew University, and when he died in 1955, he left it his archives, making it the world’s most extensive collection of his documents. JB