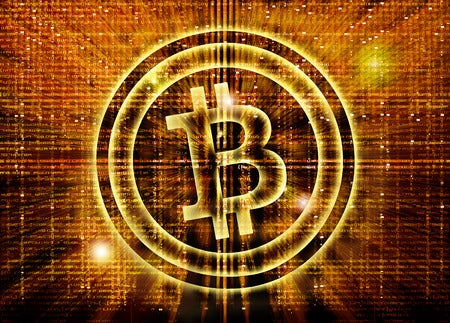 Imagine you had money which wasn’t kept in a bank, wasn’t controlled by the government, which you could use anonymously, and which you will never hold.

Would you be willing to use it?

Several internet users already do, so much so that the most popular cryptocurrency, bitcoin, has shot up in value from a few cents in 2009 to $4,114 as of this writing.

While cryptocurrencies like bitcoin seems like an alien concept to many, it’s patterned after how any other currency works. It has a real-world value and this value increases or decreases depending on the market.

James Florentino and Joseph Ross Lee of web development company Merge Commit believes Filipinos can benefit from using it, whether it be in everyday transactions for both the public and private sector.

They share that Filipinos already use it to receive payment from foreign employers while working in the Philippines, especially if you are in the tech industry; to make remittances, or in gambling.

Read on for a quick background on cryptocurrencies, and why they may be the currency of the future.

How did it start?

The first cryptocurrency, bitcoin, first surfaced in 2009, allegedly created by a certain Satoshi Nakamoto. However, no one knows this person’s actual identity, whether they’re a single person or a group.

Mainly, what drove its invention is people who wanted to control money on their own without being beholden to the rules—and fees—of a central authority.

Cryptocurrencies are fully digital, meaning they have no physical form and only exists on the internet. However, they have an exchange rate and can be accessed as a physical currency through certain banks.

The term cryptocurrency means that cryptography is used to protect the digital currency. Information on transactions can only be accessed through math algorithms or keys—more on that later.

One misconception is that cryptocurrencies like bitcoin is data on the internet. It isn’t a file that is being exchanged. The data that is involved is an online global ledger called a block chain, which is accessible online and is updated with every single bitcoin transaction.

How do cryptocurrencies have value?

With physical currencies, we use banks to make transactions, and their job is to keep track of how much money goes in and out, and if there are any fraudulent activities. In that sense, currencies are centralized, since there is one authority keeping tabs on it. It is also through them that the value of a currency is determined, depending on its supply.

Bitcoin, on the other hand, is a decentralized currency. Exchanges are done on a peer-to-peer network, meaning that a person with a bitcoin account (called a wallet) does not need to go through an authority to make a transaction.

How do people know how much bitcoins are being exchanged? Whenever one makes a transaction, they need to announce it to a network with the following information: your account number, the account number of the person you’re sending bitcoins to, and how many bitcoins you’re sending.

Thousands of volunteers around the world note this on ledgers using special computers that can solve a certain type of algorithm to keep the block chain updated.

How can I use cryptocurrencies?

Just like physical currencies, there are multiple kinds of cryptocurrencies in countries or regions. The two most popular ones are bitcoin and ether.

If you want to use bitcoins, you first need to create a wallet on a bitcoin network. Florentino shares that you can download a wallet app software either on your phone on your computer.

Unlike online banking where you can access your account from any device, your wallet only exists on that device. Users even back up the data on a hard drive just in case something happens to the device.

When you have a wallet, you receive two unique keys, one private and one public. The key consists of long alphanumeric symbols only known to you, and they need to be kept in a secure location. Lee shares that some even write them down—a friend lost his once and could never retrieve his wallet and the bitcoins in it.

With the wallet, your identity remains anonymous. To ensure that an actual person is behind the transaction and that you hadn’t hacked an account, the private key acts as your signature. The advantage of it is no one can forge it, unlike with physical currency transactions.

So when you want to send bitcoins, you have to announce to the network that your account number is sending a certain amount to another account number. You enter the private key to act as your signature and send it to the network. Everyone else can use your public key to verify that your private key is correct. If the transaction checks out, then it is added to the block chain.

Is it better than physical money?

Like any currency, cryptocurrencies have their pros and cons.

“Having control of your own money is the number one motivator,” says Florentino. You can trade to anyone in the world for a minimal processing fee, unlike banks or other institutions which constantly charge transaction fees.

It is also safer than money in a bank. Hackers target banks because they know where the money is. Since cryptocurrencies are decentralized, the only way wallets can get hacked is if they have access to the private keys.

According to Florentino, accounts can get hacked through third party subscriptions which people use to store their keys in so that they can access their wallet through multiple devices. However, this is similar to trusting your money to a bank, and this is the only way a hacker will know where they can access cryptocurrencies.

Since cryptocurrencies are still relatively new and are not controlled by authorities, it tends to be extremely volatile.

There are still no concrete regulations on its use. Both Florentino and Lee agree that the likes of the Bangko Sentral ng Pilipinas can regulate it “as long as it [benefits] the users.”

While the anonymity makes transactions faster and safer, they can also be abused, like when hackers demanded payment from HBO through bitcoin for leaked data.

Lee’s tip to using cryptocurrencies is that you shouldn’t be greedy and that you must have a specific purpose for it. For instance, if you want cheaper transfer of funds, you can create a wallet purely for remittances.

What’s next for cryptocurrencies?

“You will need to shut down every computer in the world if you want to stop it,” says Florentino. While it still has its naysayers, the tech industry has already embraced it, and it shows no signs of slowing down.

In fact, Merge Commit is more interested in another type of technology called ethereum, which has more applications than bitcoin. While bitcoin is focused on payment technology, ethereum opens the use of cryptocurrencies in banking and big corporations. In the Philippines, the company is interested for it to be used in the government down to sari-sari stores.

Our next report will tackle how ethereum can make cryptocurrencies more accessible in the real world. JB

Why Bitcoin works for remittances—a Q&A with Coins.ph Ron Hose

Can Bitcoin become a global currency?

‘I have tears!’ Gordon emotional as he opposed freeport zones in CREATE bill