SpaceX to launch super-computer to space 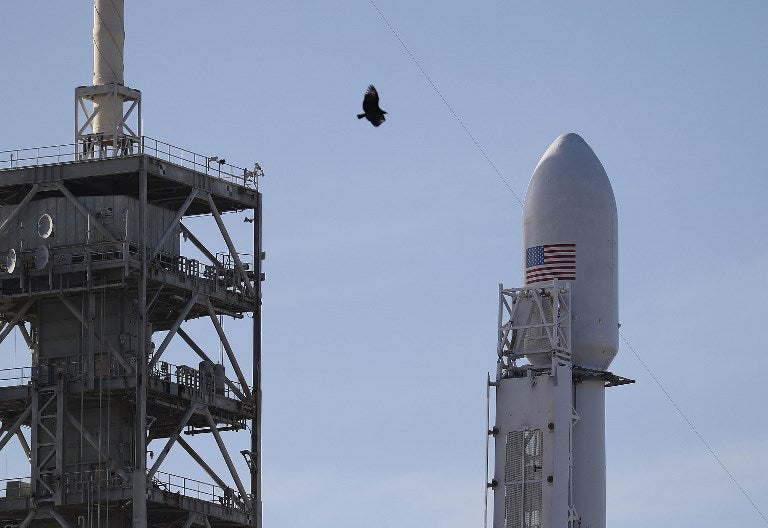 A SpaceX rocket sits on launch pad 39A as it is prepared for the NROL-76 launch on April 29, 2017 in Cape Canaveral, Florida.  AFP FILE

MIAMI, United States — SpaceX is poised to launch an unmanned cargo ship toward the International Space Station Monday, including a super-computer that could direct astronauts on future deep-space missions.

The liftoff of the Falcon 9 rocket, carrying the Dragon cargo ship, is planned for 12:31 pm (1631 GMT) from Cape Canaveral, Florida.

The weather forecast is 70 percent favorable for launch.

The mission is the 12th official trip for SpaceX, which has a $1.6 billion contract with NASA to supply the astronauts living in orbit over 20 such back-and-forth journeys.

About 10 minutes after launch, the rocket will attempt to make a controlled landing back on solid ground at Cape Canaveral, as part of SpaceX’s ongoing effort to re-use rocket components after each take-off.

If Monday’s launch is delayed for any reason, the next attempt would have to wait until next week, due to a spacewalk planned for Thursday by Russian cosmonauts, who will deploy a series of satellites from the orbiting outpost.

The Dragon is packed with 6,400 pounds (2,900 kilograms) of supplies, including a sophisticated super-computer made by Hewlett Packard Enterprise (HPE), called The Spaceborne Computer.

The goal is to test the computer for one year to see if it can operate in the harsh conditions of space, about the same amount of time as it would take for astronauts to arrive at Mars.

As astronauts travel millions of miles away, communications will become increasingly delayed. Messages from Mars to Earth would be delayed from between four minutes to 24 minutes one-way, depending on the distance between the planets, according to the European Space Agency.

“Such a long communication lag would make any on-the-ground exploration challenging and potentially dangerous if astronauts are met with any mission critical scenarios that they’re not able to solve themselves,” said HPE senior vice president Alain Andreoli in a statement.

The new super-computer aims to provide “sophisticated onboard computing resources that are capable of extended periods of uptime,” he added, describing the year-long effort as “the first step in that direction.”

Another experiment on board is designed to help scientists study Parkinson’s disease in greater detail in the hopes of finding better treatments for this degenerative disease.

Un-impeded by gravity, protein crystals can grow larger in space, and scientists hope to use this environment to help them understand an important protein in Parkinson’s disease, known as Leucine-rich repeat kinase 2 (LRRK2).

Until now, this protein has been difficult to study in Earth, according to researchers at the Michael J. Fox Foundation, which developed the research project.

Other experiments on board include a stem cell investigation for growing new lung tissue, and equipment for growing vegetables in space. CBB