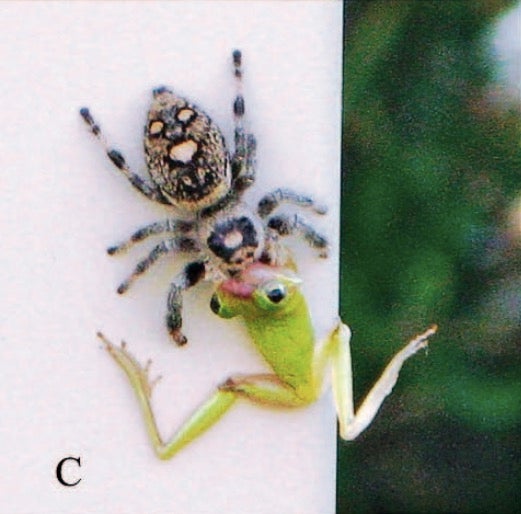 Jumping spiders are usually tiny and harmless to most animals, but one species in Florida, United States is able to grow large enough to hunt frogs and lizards.

According to National Geographic, a new study published in the Journal of Arachnology titled “A vertebrate-eating jumping spider (Araneae: Salticidae) from Florida, USA” documented instances when regal jumping spiders were sighted hunting and eating animals larger than themselves, such as frogs and lizards.

“I’m very impressed that there is a jumping spider species capable of killing and eating small frogs and lizards,” said Martin Nyffeler, co-author of the study and conservation biologist from the Switzerland University of Basel, in an email to National Geographic.

Frogs and lizards are often the hunters of spiders. This is the first time that time scientists have published observations of jumping spiders eating vertebrates.

Nyffeler had combed the internet for reports of regal jumping spiders eating vertebrates. He found eight reports in total, spread out across seven counties in Florida.

One of the accounts came from nature blogger Loret Setters of Holopaw. She had spotted a one inch-long regal jumping spider biting down on a Cuban tree frog, an invasive frog species currently spreading in Florida. 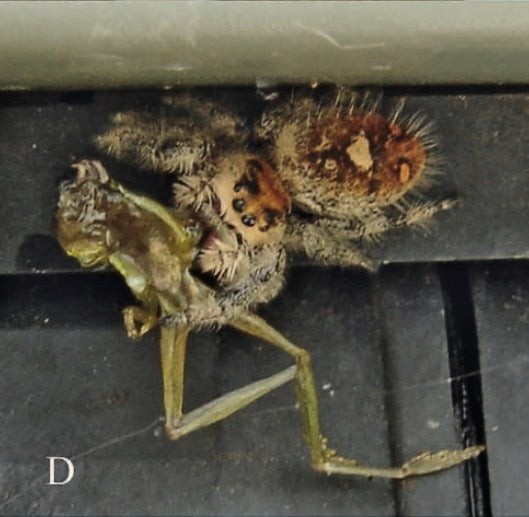 Another account came from amateur spider scholar Jeff Hollenbeck. Instead of a frog, his sighting involved a Carolina anole lizard in the jaws of a female regal jumping spider.

Jumping spiders are bold hunters which have excellent eyesight that ensure a successful hunt, according to Hollenbeck. Thomas C. Jones, a behavioral ecologist at East Tennessee State University who commented on the earlier draft of the study, also said that jumping spiders will tackle prey larger than themselves when they get hungrier.

Nyfeller believes that this behavior is likely rare for this spider species and the only reason it has remained undocumented until now is due to the spider’s natural evasiveness. Alfred Bayle/JB

Tick bite-induced meat allergy spreading to parts of US, other countries