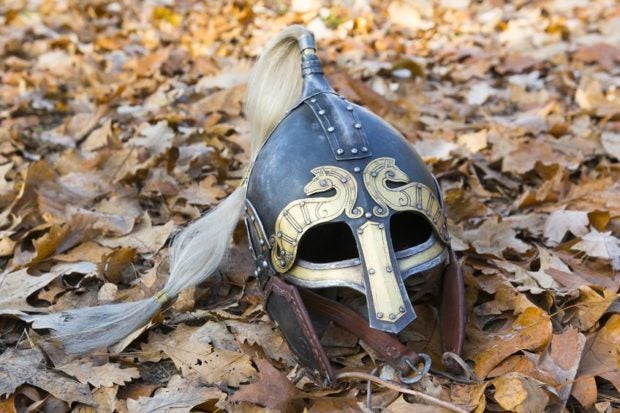 The image of a Viking as a bearded man needs an update—scientists have found that the remains of a Viking warrior long assumed to be a man is actually a woman.

About a century ago, the warrior was said to be male based on several items, including a number of weapons, found in the grave.

In 2016, Anna Kjellstrom, an osteologist at Stockholm University, determined the warrior was female based on the features of the skeleton in the grave, like thinner cheekbones and “typically feminine” hips, reports The Local.

Scientists led by archaeologist Charlotte Hedenstierna-Jonson conducted a DNA test to determine the sex of the warrior.

The results published in the American Journal of Physical Anthropology confirm that not only were there female vikings in northern Europe, they also attained a high status.

The study cited that prior to this, Viking scholars have been “reluctant” to consider that women could use weapons, even when art and poems narrated male and female Vikings fighting together.

The Viking in question lived in the eighth to tenth century in Birka, Sweden, which used to be a major trading center and home to 3,000 graves.

Her grave was “exceptionally well-furnished and complete,” indicating that she was a “professional warrior.”

“A sword, an axe, a spear, armour-piercing arrows, a battle knife, two shields, and two horses, one mare and one stallion” were buried alongside the Viking.

Besides being a fighter, the Viking was also found to be a strategist.

“She had a board game in her lap, or more of a war-planning game used to try out battle tactics and strategies, which indicates she was a powerful military leader,” explained Hedenstierna-Jonson to The Local. “She’s most likely planned, led and taken part in battles.”

While this shows scientists that they should do better than harbor preconceived notions, Hedenstierna-Jonson says conventional knowledge that Viking society was patriarchal still holds.

Her military status could have been because of her social status, such as being born to a prominent family, said Hedenstierna-Jonson. Niña V. Guno/JB