CUPERTINO, California — First, the good news: Apple has launched its new iPhone. Now, the bad news: Most likely, you can’t afford it.

Apple has broken the $1,000 barrier with its latest, and most expensive, phone — the iPhone X. (“X” is pronounced like the number 10, not the letter X.)

With a price starting at $999 and a host of new features, the iPhone X will be a big test for both Apple and consumers.

Will people be willing to shell out really big bucks for a relatively fragile device that’s become an essential part of daily life?

Apple called the iPhone X “the biggest leap forward” since the first iPhone.

The latest model loses the home button, which revolutionized smartphones, offers an edge-to-edge screen and uses facial recognition to unlock the phone. 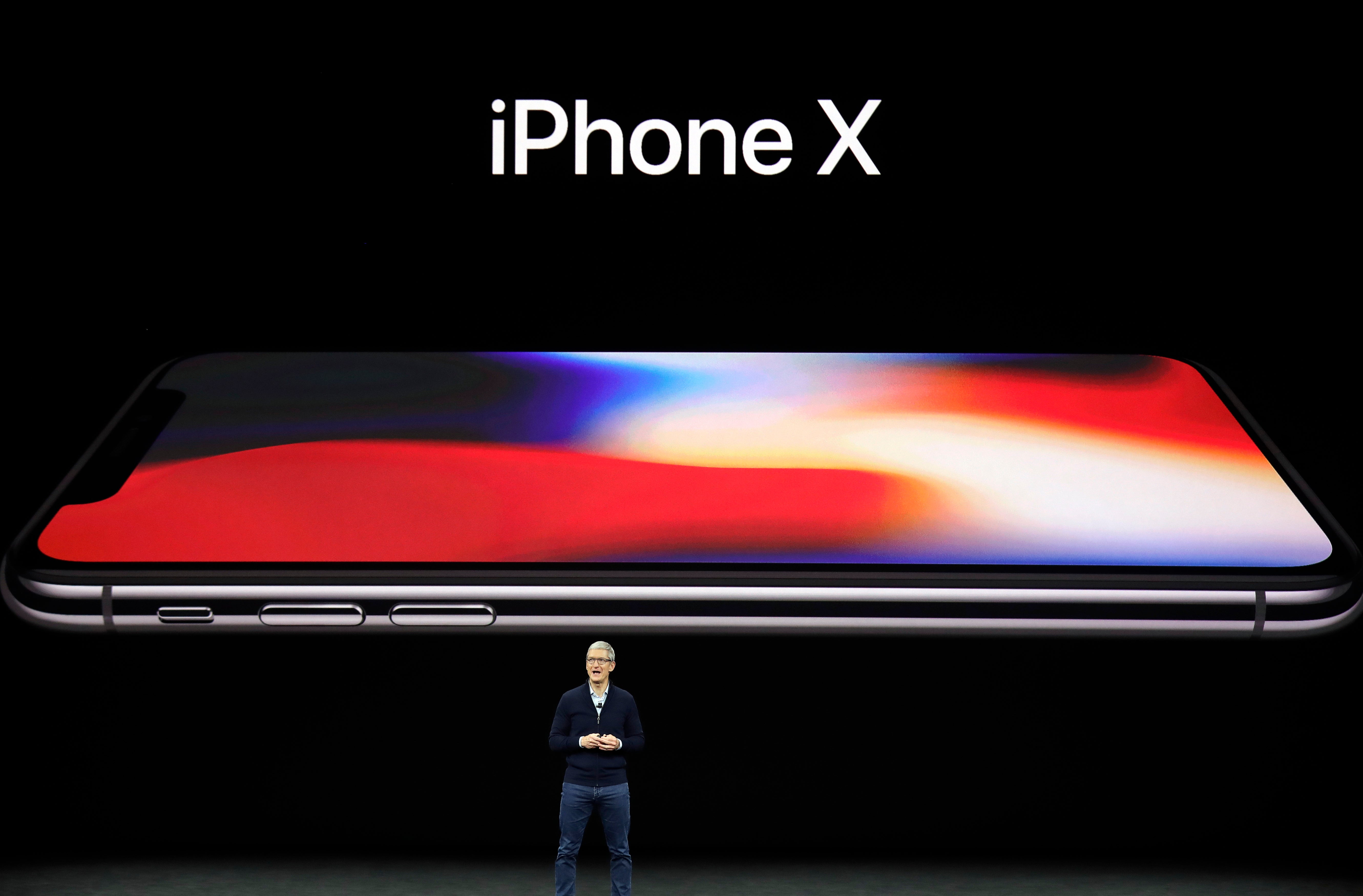 Apple also unveiled a new iPhone 8 and a larger 8 Plus with upgrades to cameras, displays and speakers.

The display will adapt to ambient lighting, similar to a feature in some iPad Pro models. Speakers will be louder and offer deeper bass.

Both iPhone 8 versions will allow wireless charging, a feature already offered in many Android phones.

Before getting to the new iPhone, the company unveiled a new Apple Watch model with cellular service and an updated version of its Apple TV streaming device. 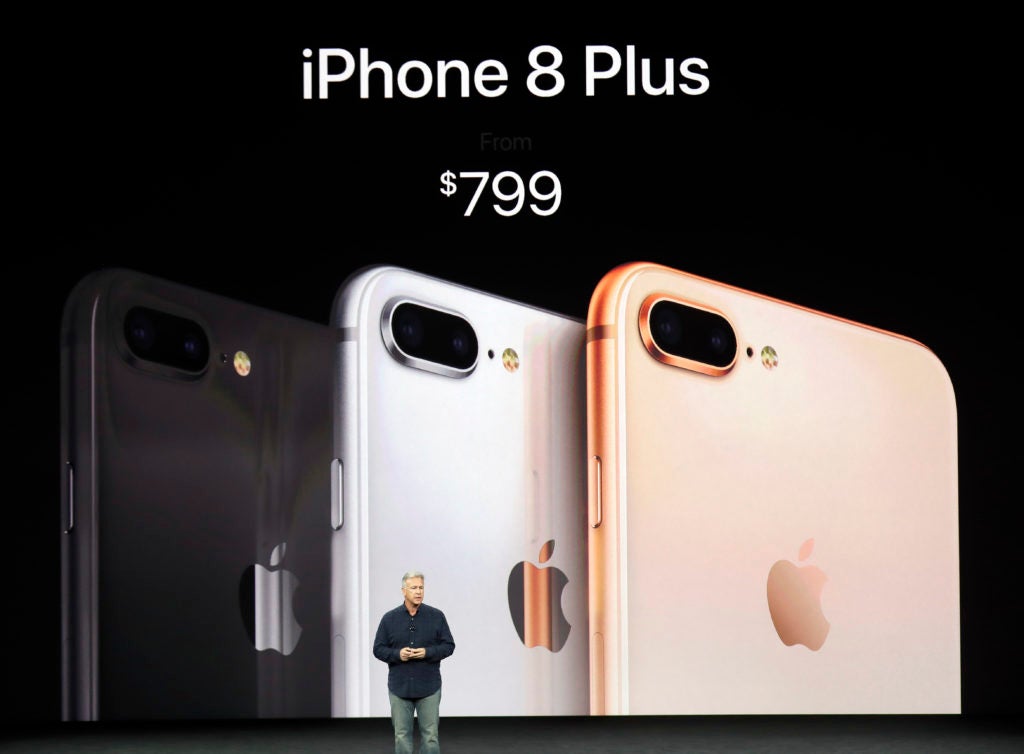 Tuesday’s event opened in a darkened auditorium, with only the audience’s phones gleaming like stars, along with a message that said “Welcome to Steve Jobs Theater.”

A voiceover from Jobs, Apple’s cofounder who died in 2011, opened the event before CEO Tim Cook took stage. It was the first product event for Apple at its new spaceship-like headquarters in Cupertino, California.

“Not a day that goes by that we don’t think about him,” Cook said. “Memories especially come rushing back as we prepared for today and this event. It’s taken some time but we can now reflect on him with joy instead of sadness.”

The iPhone X, which costs twice what the original iPhone did, sets a new price threshold for any smartphone intended to appeal to a mass market. 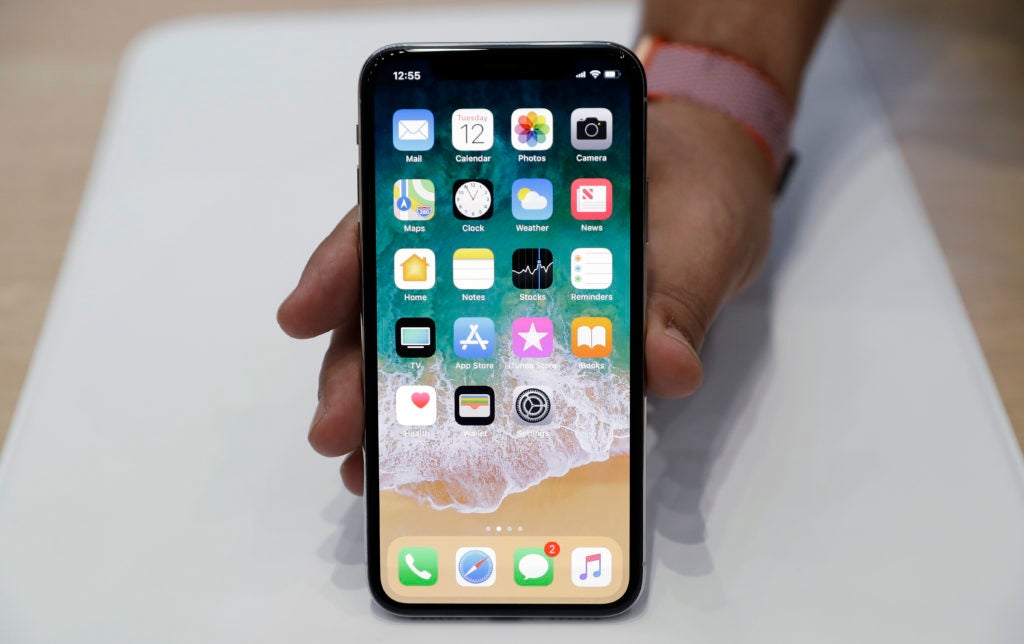 The new iPhone X is displayed in the showroom after the new product announcement at the Steve Jobs Theater on the new Apple campus on Tuesday, Sept. 12, 2017, in Cupertino, Calif. AP

‘What Apple does best’

Apple showed off a simple use for this new, sophisticated camera technology with “animoji,” which lets people animate emoji characters with their facial expressions.

Showing off a new technology with something that everyday people can use and understand, Blau said, is “what Apple does best.”

He also praised the extended battery life for the phone.

Other analysts don’t believe the $1,000 price tag will present much of a hurdle to Apple buyers, at least to those with means or access to installment plans.

According to the analysts, people who won’t spend that kind of money have a choice of other products that will keep them “within Apple versus looking at the competition.”

The latest Apple Watch has built-in cellular service. The number on your phone will be the same as your iPhone.

The Series 3 model will also have Apple Music available through cellular service.

“Now, you can go for a run with just your watch,” said Jeff Williams, Apple’s chief operating officer and in charge of Watch development.

Apple, which is also adding more fitness features to the Watch, says it is now the most used heartrate monitor in the world.

Now, the Apple Watch will notify users when it detects an elevated heart rate when they don’t appear to be active. It’ll also detect abnormal heart rhythms.

A new version of the Apple TV streaming device will be able to show video at “4K” resolution — a step up from high definition — and a color-improvement technology called high-dynamic range, or HDR.

Apple said it was working with movie studios to bring titles with 4K and HDR to its iTunes store.

They will be sold at the same prices as high-definition video, which tends to be a few dollars more than standard-definition versions.

Apple said it was also working with Netflix and Amazon Prime to bring their 4K originals to Apple TV, too.

The new Apple TV device will cost $179 and ships on Sept. 22. A version without 4K will cost less.