A lone nun was spotted on the streets of a residential area in Dade County, Miami, Florida, wielding a chainsaw as she diligently chopped down fallen trees on the road side.

The nun, who was doing the deed to help in the clean-up following hurricane Irma, was spotted by a Miami-Dade Police Department off duty officer. She was identified as Sister Margaret Ann of Archbishop Coleman F. Carroll High School. 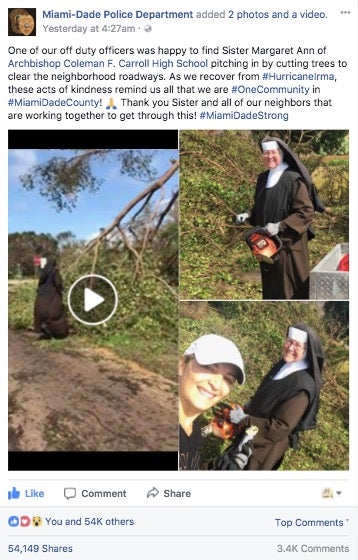 Sister Margaret Ann had been going about her own business, cutting down fallen tree branches on the roadside, when the officer took a video of her at work. The video was later uploaded to the police department’s Facebook account where it has gained a fair amount of attention. So far it, has garnered 4.4 million views.

The off duty officer also took a selfie with  Sister Margaret Ann. 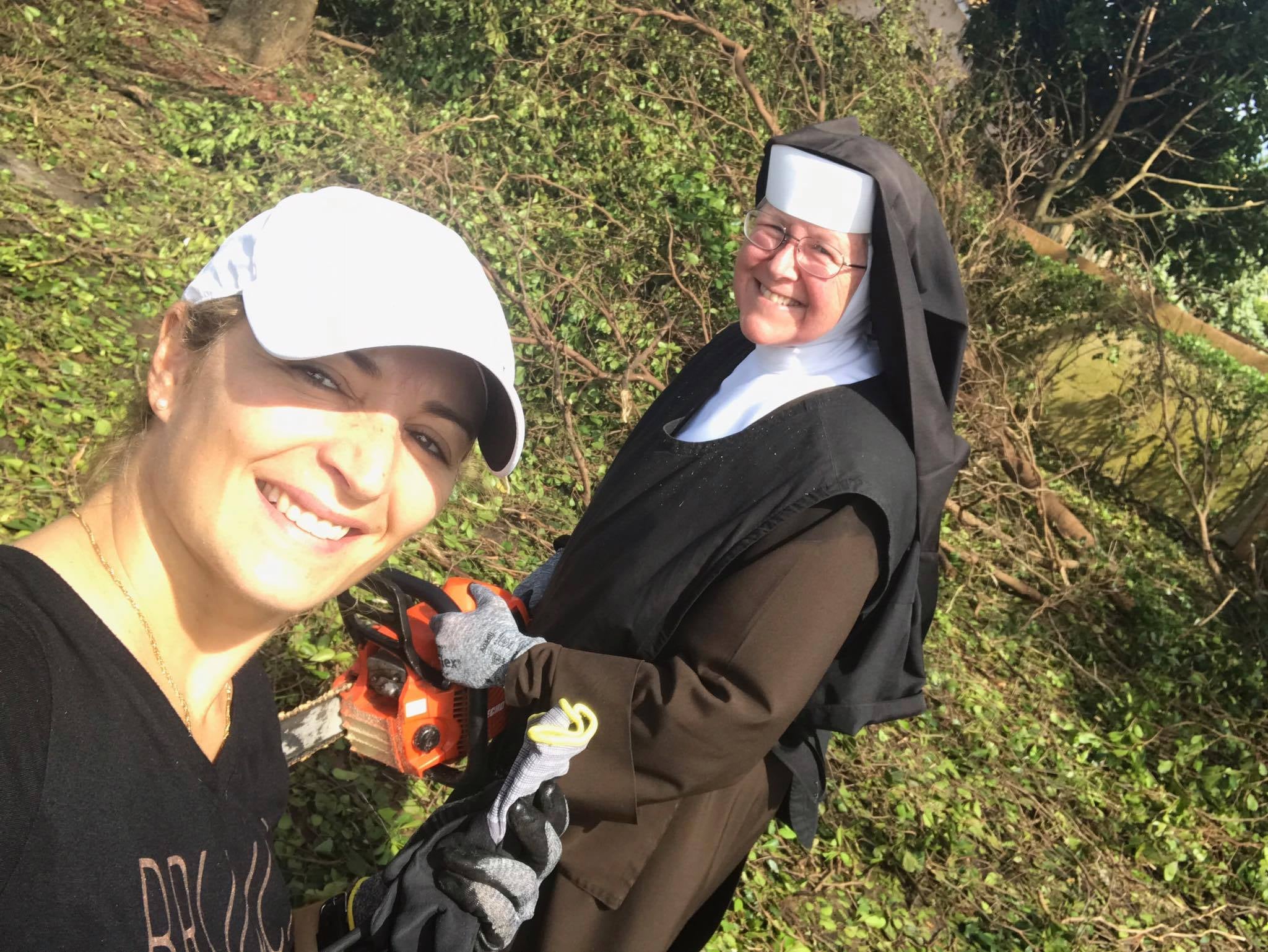 Many of the commenters praised Sister Margaret Ann for her initiative while others worried for her safety, noting that her clothing could get caught in the blades.

The police department applauded Sister Margaret Ann’s work and encouraged other residents of Dade County to also contribute with the clean-up effort. JB

LOOK: Little kid dressed up as Pennywise might just give you nightmares