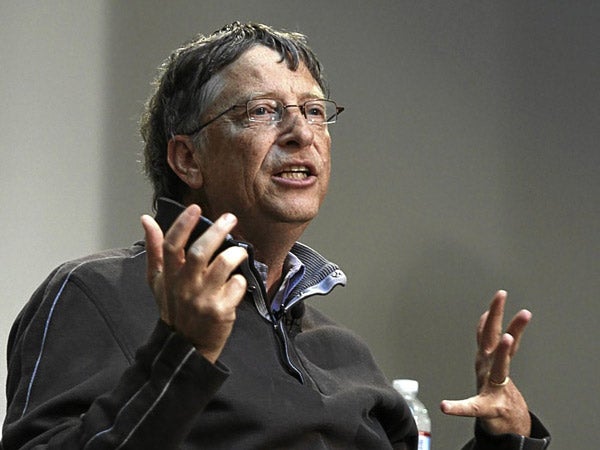 The Windows Phone has become obsolete for some time now, ever since Microsoft decided to junk its phone division two years ago.

With that said, the company’s co-founder Bill Gates has often been asked which phone he has elected on using for his own.

In an interview with Fox News, the 61-year-old tech innovator revealed that he had replaced his Windows phone with an Android.

Although he did not say the exact model, Gates added that it was an “Android phone with a lot of Microsoft software.”

His claim is feasible considering that Windows 10 technically works on most phones, despite the lack of support from hardware makers and app developers outside of Microsoft.

The Verge, meanwhile, speculates that the tech genius own a special Samsung Galaxy S8 with bundled software—which boasts such apps as Office, OneDrive, Cortana and Outlook.

Aside from revealing his phone of choice, Gates also shared that he remains uninterested with an iPhone and won’t be switching to one anytime soon.

S till, he admitted that the late Apple founder Steve Jobs had a brilliant mind and an undeniable impact in today’s tech world.

“Steve was a genius. Absolutely amazing,” he said. “The competition in the software and IT space that Steve helped foster, it’s phenomenal.”  Khristian Ibarrola /ra