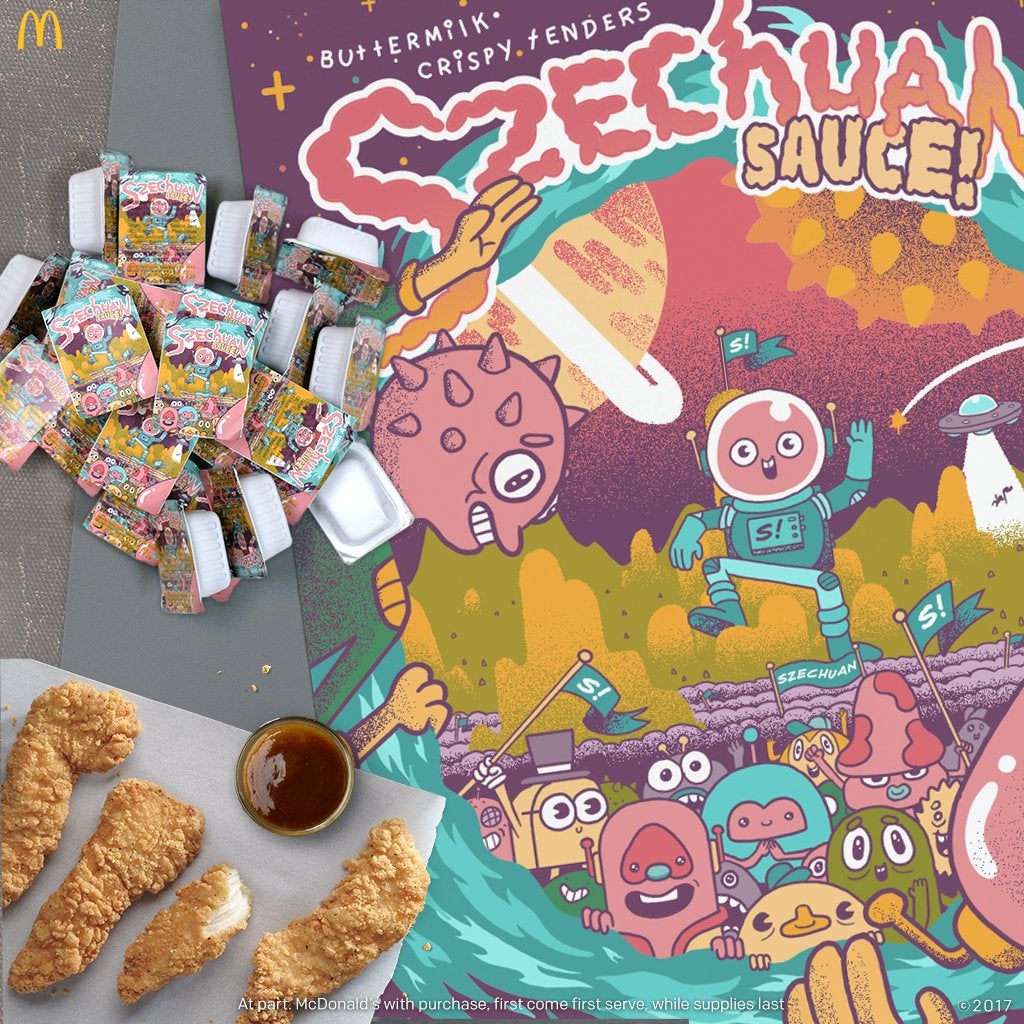 Often times, no one bats an eye when something weird comes out of Japan. So it’s a surprise when Japanese found Americans weird for going crazy over a certain kind of Szechuan sauce.

Scores of “Rick and Morty” fans lined up at various McDonald’s locations around the U.S. to try and get some of the limited sauce.

According to a report by the Associated Press, protests in various store outlets broke out after the limited edition sauce were quickly sold out.

SoraNews24 reported that the Japanese were so confused by these events. A TV news program featured the phenomenon and even attempted to find logic in this American craze. 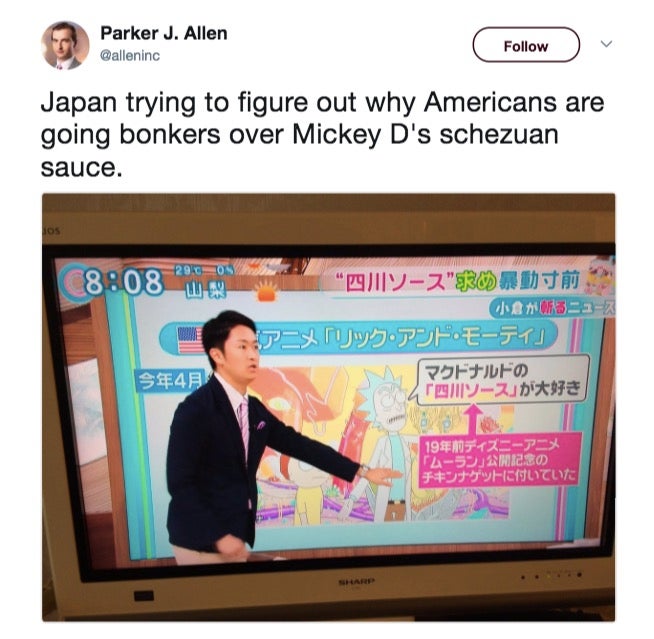 Twitter user @batake615 could not believe how expensive the limited sauces had become. A two-liter bottle fetched 1.6 million yen or about P730,000 online, while a smaller bottle went for 50,000 yen or around P22,800. 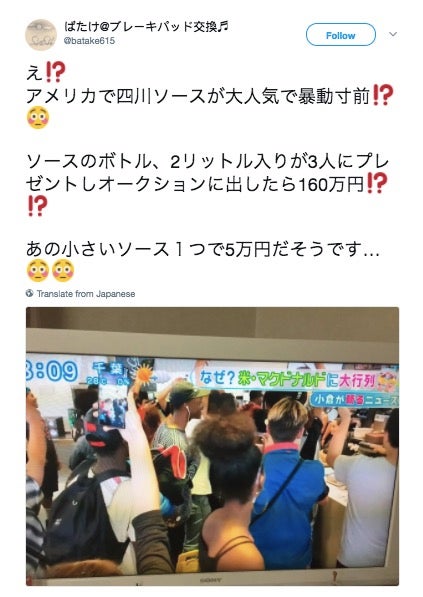 Some protesters used the hashtag “giveusthesauce” on signs that they raised outside a McDonald’s branch. 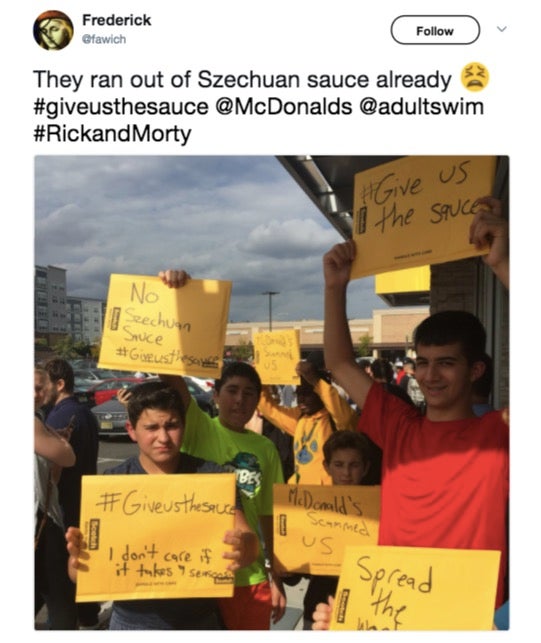 In other areas, cops were even called in to help disperse disappointed customers who couldn’t get their sauce. 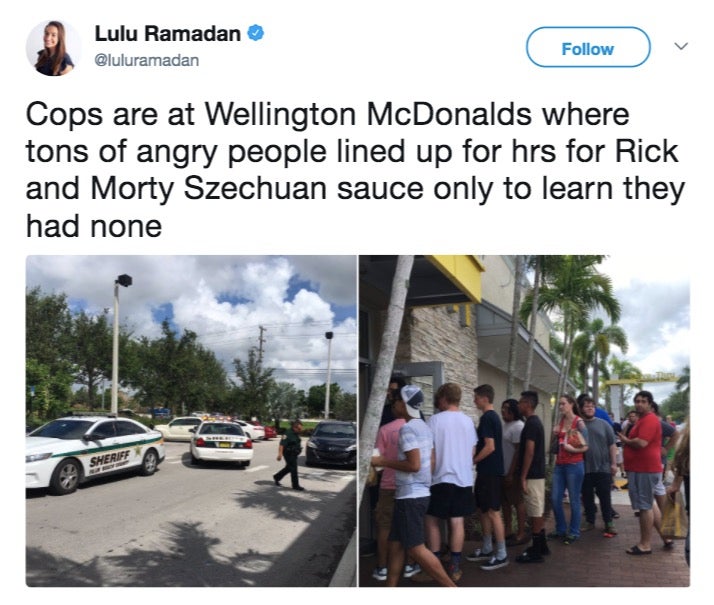 The schezuan sauce protests eventually died down, but confusion in Japanese minds remained. 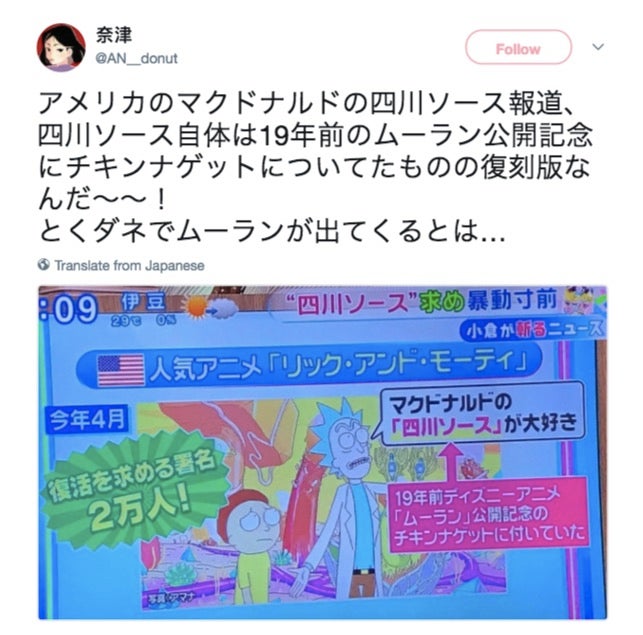 “The Szechuan sauce is a re-release from 19 years ago when Mulan came out.
I never expected to see Mulan come up on Toku Da Ne.” Image: Twitter/@AN_donut

Apparently, the Mulan Szechuan first came out 19 years ago as a tie up to the premiere of Disney’s animated film “Mulan.” JB

LOOK: Pro Japanese lady boxer stuns in the ring, sizzles on the catwalk