Razer Phone leaked by UK carrier, may be focused for gaming 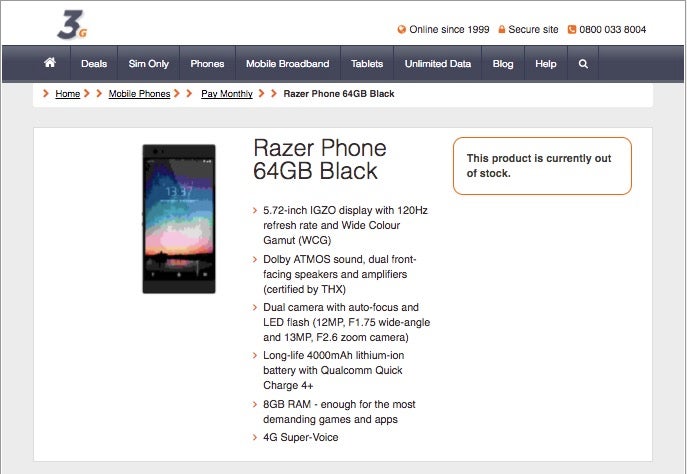 UK carrier, 3G, updated its phone offering page with the new device, but quickly took it down afterwards. Fortunately, Reddit user Istartedthewar managed to archive the web page before 3G took it down.

According to the archived product page, the Razer Phone has 8 gigabytes memory and 64 gigabytes of internal storage space. It also has a massive 4000 milliampere lithium-ion battery with Qualcomm Quick Charge 4+ feature.

Furthermore, it comes equipped with a 5.72-inch IGZO display, which has a 120 hertz refresh rate and Wide Color Gamut. Displays with high refresh rates are often found on gaming PC monitors.

Considering the combination of  components, and Razer’s primary business as a gaming peripheral maker for PC, the Razer Phone may indeed be built for gaming.

Razer also teased in early October about their “biggest unveiling” for Nov. 1. One of their official tweets featured a man holding what appears to be a handheld device, with the screen light illuminating part of his face, similar to how a smartphone would. 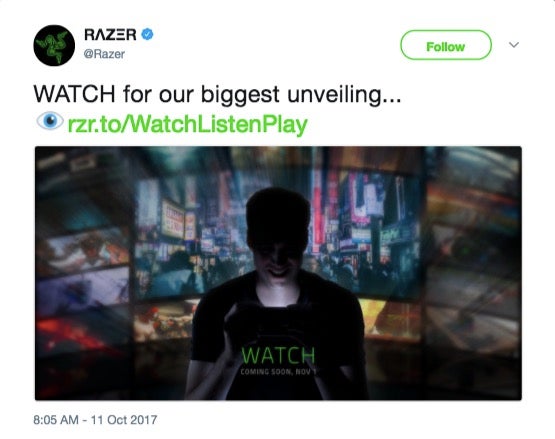 More on this product will be reported after the Razer presentation. JB