Osama the gamer: A list of Bin Laden’s video games from his hard drive 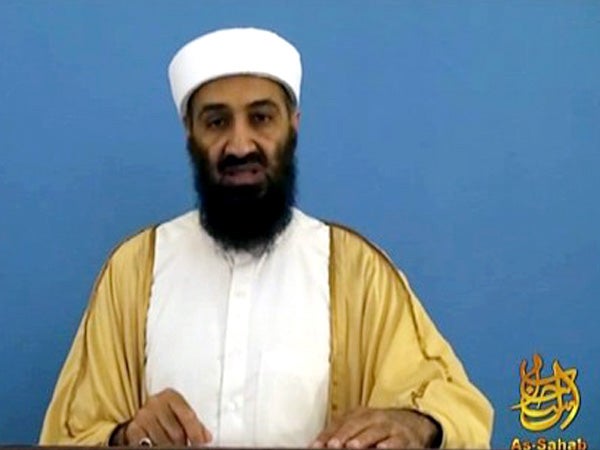 This videograb provided by the Site Intelligence Group shows slain al-Qaeda leader Osama bin Laden in a previously unreleased video, part of which was posted by al-Qaeda’s media branch as-Sahab on jihadist forums on Sept. 12, 2011, to commemorate the Sept. 11, 2001 attacks. The 62-minute, 16-second video is titled “The Dawn of Imminent Victory.”  AFP

Osama Bin Laden is perhaps known as the world’s most infamous terrorist but as it turns out, the man is quite the gamer like many of us.

The Central Intelligence Unit (CIA) recently released the contents of the Al Qaeda leader’s personal hard drives seized during the deadly 2011 raid at his hideout in Abbottabad, Pakistan.

But unbeknown to many, Bin Laden also appeared to have a penchant for virtual gaming and pop culture, as his trove was filled with video games, movies, viral YouTube videos and anime.

Here are some of the gaming titles found on his hard drive, according to multiple reports:

After being in the forefront of a real-life deadly war, one would think that Bin Laden would want to be free from guns and mayhem on his spare time.

Turns out, Bin Laden was also a fan of popular first-person shooting (FPS) game Counter-Strike, where players can choose to be soldiers or terrorists and battle in an urban setting.

The game also allows users to face off with one another online—meaning some players have actually encountered the dreaded terrorist without knowing it.

This equally popular FPS game similar to Counter-Strike but with a science-fiction theme takes place in a faux-nuclear facility, where players encounter several extra-terrestrial creatures.

Even Bin Laden couldn’t resist the allure of Mario and Luigi and the rest of the crew.

Turns out, the then 54-year-old Saudi Arabian was also a fan of role-playing games, particularly “Final Fantasy VII.”

With a lot of time on his hands, it’s not hard to imagine Bin Laden immersing himself in “Cloud Strife “ and the rest of  the crew.

He also reportedly possessed the whole “Devil May Cry” series.

After messing with virtual guns, swords and mushroom-like creatures, Bin Laden also had the affinity for some good-old fashioned hand-to-hand combat.

Other fighting games like “Street Fighter 4: The Ties that Bind” and “Storm Rider – Clash of the Evils” were seen as well.

The feared extremist also had a naughty side, as several pornographic games and videos were seen in his files as well.

The CIA, however, refused to reveal the titles due to some copyright content.

Most of us pass time by indulging ourselves in some flicks, but surprisingly Bin Laden seemed to prefer animated ones.

Family journal reveals Bin Laden’s thoughts of world around him