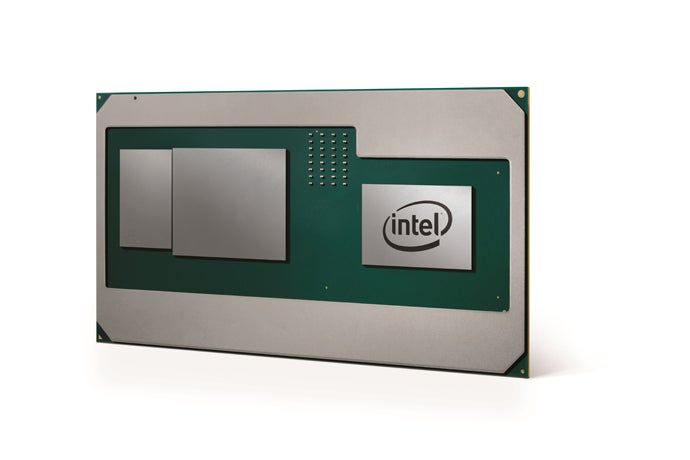 The rivalry between Intel and AMD can be considered legendary in the tech industry. So when Intel announced a partnership with the red team, people can be forgiven for expecting frogs to rain down and pigs to fly across the skies.

According to Intel’s statement, the partnership has to do with the company’s new Core H-series processors. This new product involves wrapping a semi-custom AMD Radeon graphics processing unit (GPU) together with an Intel central processing unit (CPU) in one package.

This assembly also incorporates Intel’s second generation High Bandwidth Memory (HBM2) to support the AMD GPU in place of the traditional GDDR5 memory module array. Intel then wraps the package tightly with their Embedded Multi-die Interconnect Bridge. EMIB provides an avenue for the AMD GPU and Intel HBM2 to communicate efficiently and overcome the large space requirements of the traditional setup within laptops.

Intel gives a visual explanation through this video:

By cutting down on space requirements, Intel intends the Core H processors to become the cornerstone in creating slim and powerful laptops, with enough horsepower to smoothly run triple-A games and handle content creation. 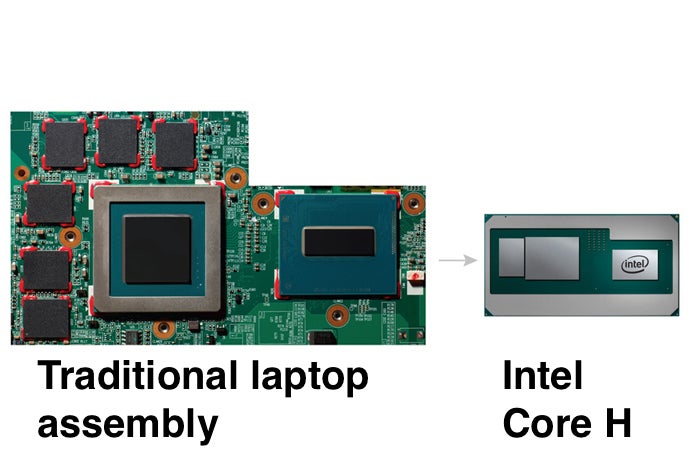 Apart from being responsible for gaming and multimedia processing, the AMD GPU will also manage the temperature and power distribution within the Core H. This would allow the system to dynamically scale power use and adapt, based on what a user is currently doing on the laptop.

Products powered by Core H processors are expected to be revealed by the first quarter of 2018. JB