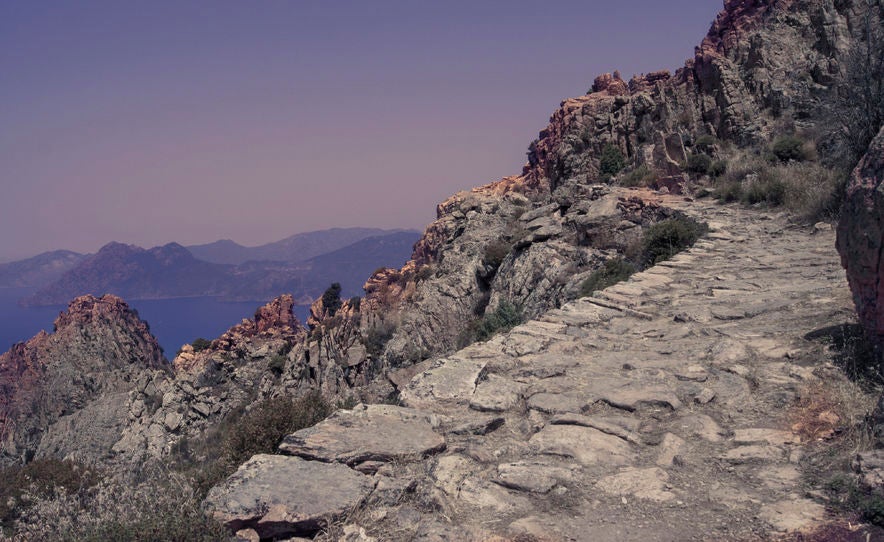 An ancient roman road carved out in the mountains of Corsica. Image: INQUIRER.net stock photo

Aachen city archaeologist Andreas Schaub told the dpa news agency Tuesday the road is about six meters (yards) wide and is thought to possibly date back to the second century.

Schaub says the road could have connected the important settlement in Aachen to what is today the Dutch city of Maastricht.

Experts are now trying to determine how long the road might have been in use.

The road was discovered as workers dug to install security barriers to secure the city’s annual Christmas market. A dozen people were killed in Berlin last year when a man drove a truck into a crowded Christmas market in the capital. AB