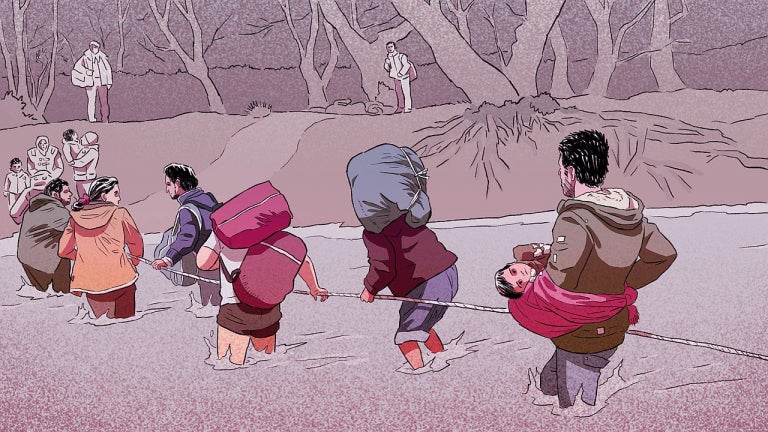 A story of hope and circumstance in “Bury Me, My Love”. Image: The Pixel Hunt/Figs/ARTE via AFP Relaxnews

Short live-action trailer for the dinosaur island crafting and survival game in which humans try to outwit or form alliegances with not just each other but prehistoric wildlife as well. Available for PlayStatation 4, Xbox One, Windows PC, Mac and Linux.

Bury Me, My Love

Inspired by a real-life chat log published by France’s Le Monde newspaper, follow one woman’s personal, perilous journey in real-time from war-torn Syria to potential safety thousands of miles away, offering any support and advice you can along the way. Available on iOS and Android with a free taster at burymemylove.arte.tv/prologue.

Upbeat trailer for the latest outing for a curiously enjoyable simulation series that has players build up their arable and animal farming expertise with help from the latest in agricultural machinery. Released Nov. 7.

Phone edition of well-loved soccer game blends match-day action with strategy, management and digital card collection, which is one of the ways for the free game to make its money. Skip to 1m31s for gameplay clips.

Illustrating the ease with which players can create and share levels, and accompanied by an infectious soundtrack. Shares concept and some staff with PlayStation’s popular “LittleBigPlanet” franchise. Available for iOS.

A sequel to one of Zynga’s biggest mobile hits arrives with a live-action trailer that is more about the gamut of life experiences than it is about the specifics of the game. Available on iOS and Android. JB