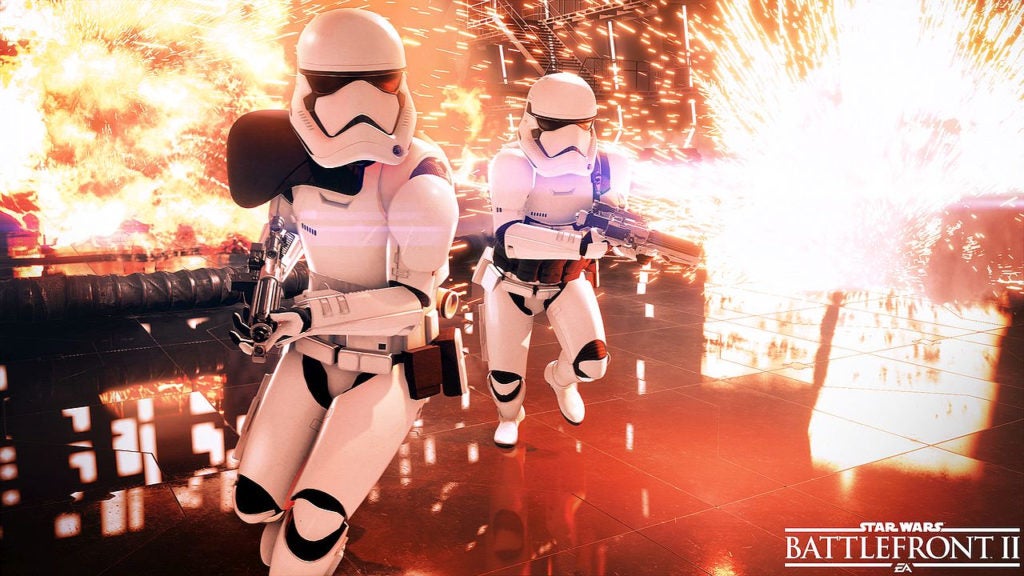 “Star Wars Battlefront II” has suffered a firestorm of objection from game fans in the run-up to release. Electronic Arts / DICE via AFP Relaxnews

“Star Wars Battlefront II” has got rid of a major stumbling block at the last moment.

With an original story mode, co-operative split-screen missions, and a multiplayer arena that sees teammates join forces as some of the “Star Wars” saga’s most iconic heroes and villains, “Star Wars Battlefront II” had been hailed as a welcome improvement over its 2015 predecessor.

But a controversial microtransaction system had come to dominate the game’s pre-release countdown, souring reviewers and players to its appeal.

As originally presented, the system committed a cardinal sin: it rewarded those that spent extra with more characters and more powerful equipment for the game’s multiplayer mode.

It tilts the balance of play away from skill and teamwork, effectively punishing those that don’t keep spending money.

According to community estimates, it would have taken thousands of dollars or thousands of hours to unlock the best characters and equipment, even after paying $59 for the base game.

That, combined with early attempts to defend the scheme, earned “Battlefront II” a week of criticism from its community of players and onlookers. Talk turned to pre-order cancellations and replacement games from the action-shooter genre.

“We hear you loud and clear, so we’re turning off all in-game purchases” wrote DICE General Manager Oskar Gabrielson in a November 17 post to the EA website. “All progression will be earned through gameplay.”

Some are still wary of what comes next, as microtransactions will return “at a later date” once changes have been made.

With adjustments, the system could have worked as part of a free-to-play game, but EA may not want to wait that long; executives and investors may see its absence as potential earnings left on the table.

For that reason, microtransactions have become a standard element of big budget video game releases. They’re usually limited to cosmetic elements — but not always.

Publishers have been emboldened by their own financial reports, which show how much some players are willing to pump into their favorite games.

Yet several recent high-profile releases have come in for heavy fire, players expressing dissatisfaction at the perceived exploitation of their time and money.

Of note, “Lord of the Rings” adaptation “Middle-earth: Shadow of War” and licensed basketball simulation “NBA 2K18” were accused of slowing player progress in order to encourage extra spending.

Action shooter games “Destiny 2” and “Call of Duty: WWII” stuck to cosmetic upgrades but the former experimented with single-use color schemes, and the latter turned blind-box purchasing into a spectator event.

And it’s genre fellows “Destiny 2,” “Call of Duty” and 2016’s “Overwatch” that could benefit most if players don’t accept the “Battlefront” apology and look elsewhere for action shooter thrills.