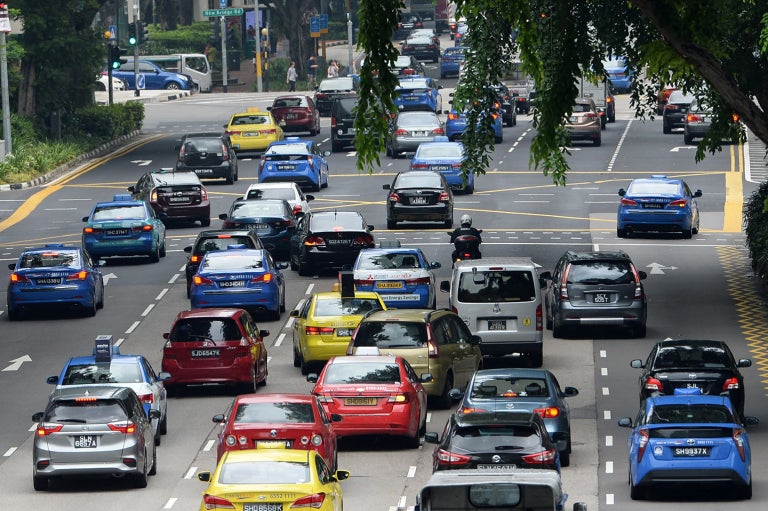 Driverless buses will appear on some roads in Singapore from 2022.
Image: Roslan Rahman/AFP

Driverless buses will appear on some roads in Singapore from 2022 as part of plans to improve mobility in the land-scarce city-state, its transport minister said Wednesday.

Singapore has so far avoided the massive traffic jams that choke other Asian cities like Manila and Jakarta by imposing road tolls, spending massively on public transport and becoming one of the world’s most expensive places to own a car.

It now plans to embrace self-driving technology to further reduce reliance on cars and improve how people get around.

“The autonomous vehicles will greatly enhance the accessibility and connectivity of our public transport system, particularly for the elderly families with young children and the less mobile,” he said at the launch of a test centre for self-driving vehicles.

“More importantly, we can gain further insights into how we can develop new towns or refurbish existing ones for the safe mass deployment of autonomous vehicles.”

Khaw said the technology will help Singapore “alleviate its tight land and manpower limits that currently constrain our land transport system” and that he hopes the city-state can become a key global player in the sector.

Singapore is asking for input from industry and research institutions on what is needed to implement the project, with industry proposals to be invited after May 2018, he said.

Around 10 local and foreign companies are currently in Singapore to test their driverless vehicle technology, Khaw said.

Some industry players believe autonomous vehicles can ply highways and busy city streets in Singapore “without any form of human intervention” in 10 years’ time, he added. AB