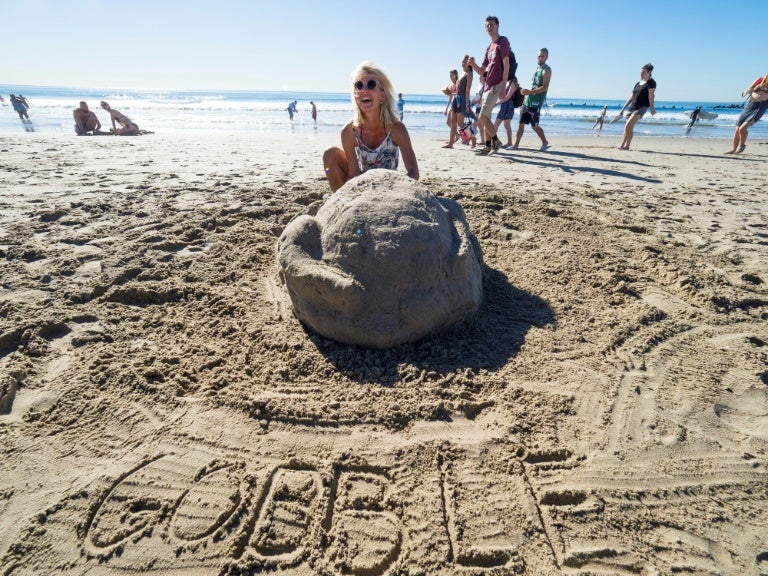 The southwestern United States was gripped by a heat wave on Wednesday as experts warned of temperatures that would smash century-old records over the Thanksgiving weekend.

The southwestern United States was gripped by a heat wave on Wednesday as experts warned of temperatures that would smash century-old records over the Thanksgiving weekend.

Temperatures are expected to rise to 91 degrees Fahrenheit (33C) in parts of southern California on Wednesday and Thursday, while Phoenix, Arizona, is predicted to swelter in 88F heat — about 20 degrees above seasonal norms.

The National Weather Service (NWS) said the southern California towns of Oxnard and Camarillo had already broken record highs for the time of year at 91F and 93F respectively — and warned residents to “expect more records to be broken this afternoon.”

“Record breaking heat will peak today, with only a slight decrease tomorrow,” the agency tweeted.

Joe Sirard, a meteorologist at the NWS, told the Los Angeles Times the heat record for Thanksgiving in California was set at 90 degrees on November 26, 1903.

The NWS said this temperature wasn’t out of the question for Phoenix on Thursday — the latest calendar date ever for a 90-degree day in the city.

The mercury is also expected to hit unparalleled peaks in Las Vegas, while experts were expecting an exodus to beaches in San Diego, Los Angeles and Santa Barbara.

In marked contrast, the east coast is set to shiver its way through Thanksgiving, with temperatures dropping as low as 32F in some parts.

Last year the planet marked its third consecutive year of record heat, with the mean temperature around two degrees warmer than the pre-industrial average, according to the World Meteorological Organization.

According to some climatologists, the number of droughts, forest fires, floods and hurricanes related to climate change has doubled since 1990.

The US has seen a series of climate disasters this year, from recurring hurricanes to the most destructive wildfires in California’s history in the Napa and Sonoma wine-making regions.

President Donald Trump authorized an increase in federal funding available for emergency protective measures in California as a result of the wildfires, which broke out on October 8 and are continuing to scorch around half a dozen parts of the state.

The White House agreed on October 10 to cover 75 percent of the cost of “public assistance, hazard mitigation and other needs assistance,” but on Wednesday increased the proportion to 100 percent. AB