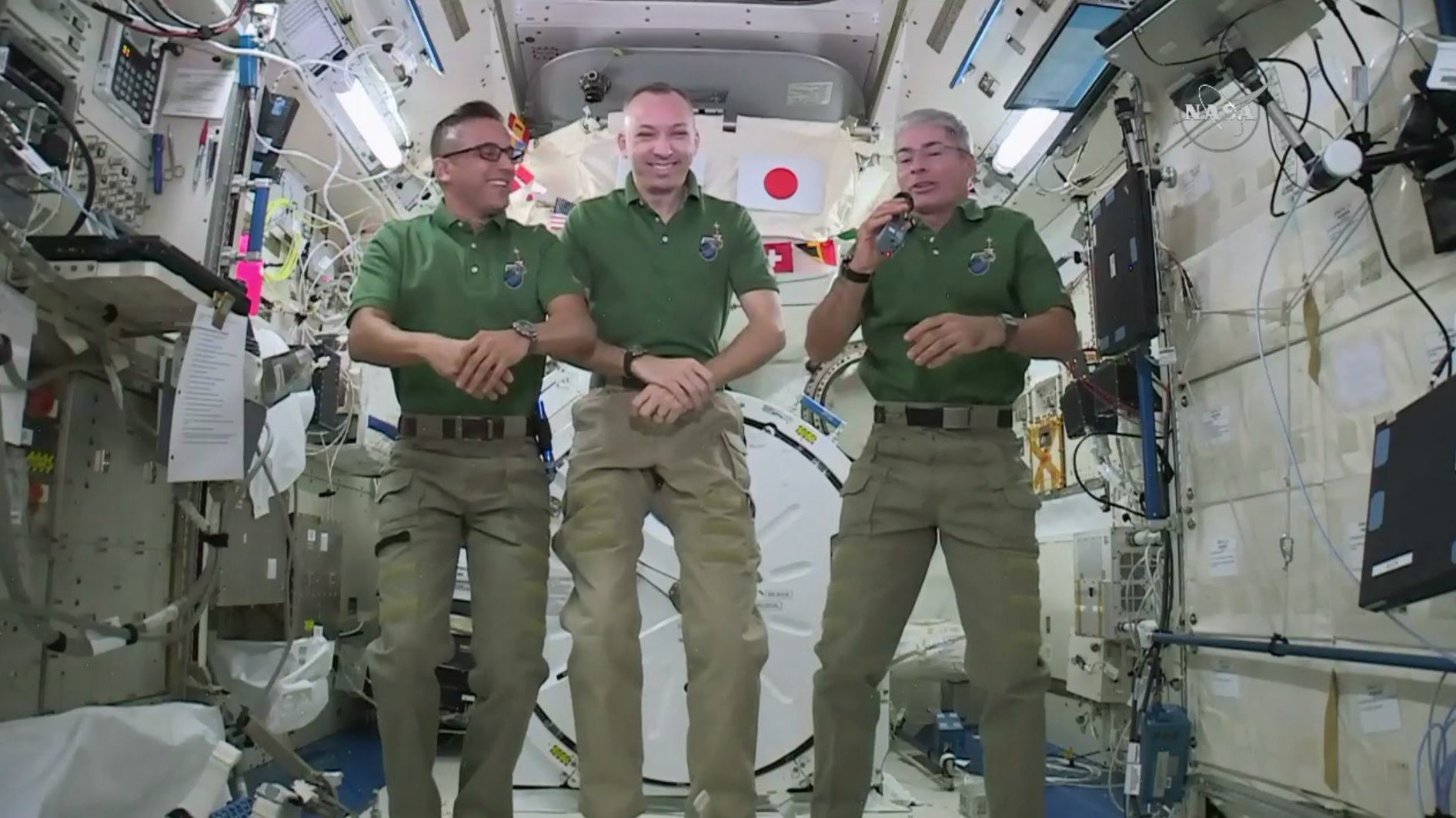 In this undated image provided by NASA, NASA astronauts Joe Acaba, left, Randy Bresnik, center, and Mark Vande Hei give interviews on the International Space Station. The trio along with their international crewmates plan to feast on pouches of Thanksgiving turkey and single-serving bags of sides on Thursday, Nov. 23, 2017. Image: NASA via AP

Commander Randy Bresnik said he’ll miss his wife’s home cooking, but appreciate next year’s Thanksgiving that much more. This is his second Thanksgiving off the planet; he was aboard space shuttle Atlantis in November 2009.

“We’re going to celebrate a lot like we did when we were deployed in the service,” Bresnik, a retired Marine colonel, said Wednesday in a televised interview. “We’ve got some good food up here, some goodies from home.”

Bresnik said he and his NASA crewmates — Joe Acaba, also a former Marine, and Mark Vande Hei, a retired Army colonel — are thankful for being able to live and work in space “and serve our country in another way.”

Celebrating Thanksgiving in space is “a special treat,” according to Acaba.

Vande Hei anticipates “eating lots of food and then taking a nap” — just like when he’s home in Houston.

The U.S. astronauts won’t have the day off. So they’ll gather with their international crewmates in the evening for the big meal. AB