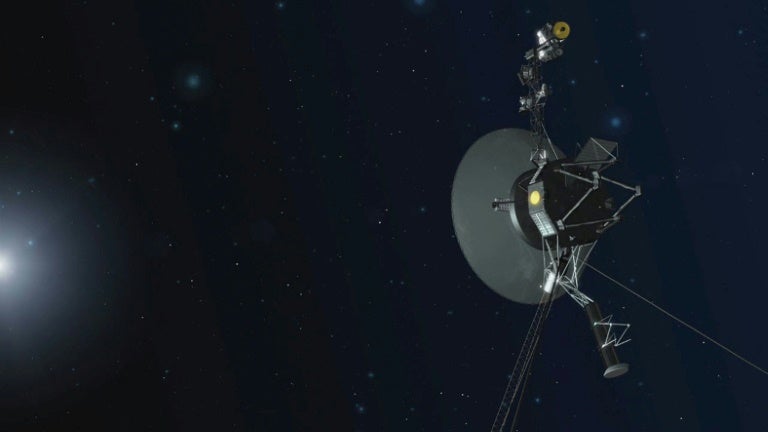 Voyager, depicted in this NASA artist concept handout image, is still sending data back to Earth daily, more than 40 years after its launch. Handout – NASA/AFP/File

NASA’s Voyager 1 spacecraft—cruising interstellar space billions of miles from Earth—was back on the right track Friday thanks to thrusters that were fired up for the first time in 37 years.

The unmanned spaceship was launched along with its twin, Voyager 2, more than 40 years ago to explore the outer planets of our solar system, traveling further than any human-made object in history.

But after decades of operation, the “attitude control thrusters” that turn the spacecraft by firing tiny “puffs” had degraded. The small adjustments are needed to turn Voyager’s antenna toward Earth, allowing it to continue sending communications.

“At 13 billion miles from Earth, there’s no mechanic shop nearby to get a tune-up,” NASA said in a news release.

Experts at the agency’s Jet Propulsion Laboratory in California decided to turn to four backup thrusters that were last used on November 8, 1980.

“The Voyager flight team dug up decades-old data and examined the software that was coded in an outdated assembler language, to make sure we could safely test the thrusters,” said Chris Jones, chief engineer at JPL.

The engineers fired up the thrusters on Tuesday and tested their ability to turn Voyager using 10-millisecond pulses. Then they waited 19 hours, 35 minutes for the test results to arrive at an antenna in Goldstone, California.

“The Voyager team got more excited each time with each milestone in the thruster test. The mood was one of relief, joy and incredulity after witnessing these well-rested thrusters pick up the baton as if no time had passed at all,” said Todd Barber, a JPL propulsion engineer.

Being able to use the backup thrusters means the lifespan of Voyager 1 has been extended by two or three years, added Suzanne Dodd, project manager for Voyager.

NASA plans to switch over to the formerly dormant thrusters in January. They will likely also conduct similar tests on the backup thrusters on Voyager 2.

Scientists still hear from the Voyager spacecraft daily, and expect to get data for about another decade.

Astronomy textbooks were rewritten on a wide scale thanks to the Voyager spacecraft, which zoomed past Jupiter, Saturn, Neptune and Uranus.

The plutonium-powered spaceships will continue until they finally run out of fuel, and will then orbit in the center of the Milky Way galaxy. KI