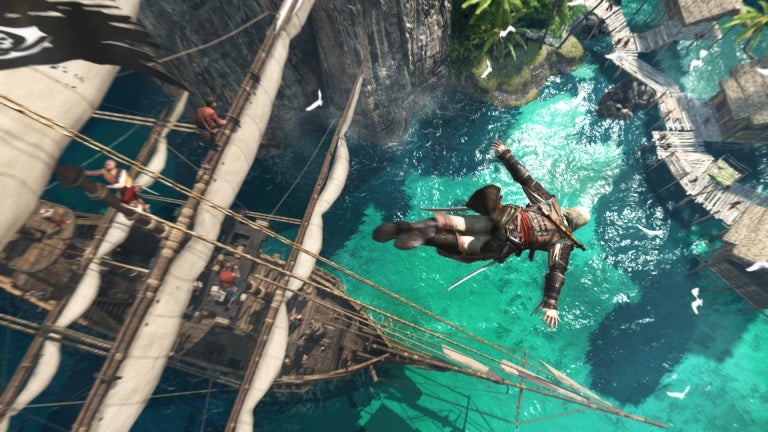 Celebrating the ten-year anniversaries of “World in Conflict” and the entire “Assassin’s Creed” franchise, Ubisoft is giving away two PC games over two weeks in December.

Released in September 2007 and representing the final original property before Swedish studio Massive Entertainment went to work on Ubisoft’s ongoing franchises, “World in Conflict” was received as one of the year’s best games.

Tanks, helicopters and infantry clash on an alternate history of the Unites States front in both single-player and a distinct multiplayer mode that anticipated the killstreak rewards of “Call of Duty” versus matches and the strategic pressure cooker of “Dota 2” and “League of Legends.”

Though support for the game’s multiplayer servers was withdrawn in 2015, the “World in Conflict” community has come up with its own solution through the unofficial Massgate service (massgate.org).

Ubisoft is offering “World in Conflict” plus a “Soviet Assault” expansion for free from Dec. 4 to 11 (2 a.m. PST) via its PC gaming platform UPlay and at online promotional subdomain free.ubisoft.com.

Just as “World in Conflict” is still considered one of the gems of the real-time tactics genre, “Assassin’s Creed IV: Black Flag” is often held up as a high point of Ubisoft’s bestselling “Assassin’s Creed” franchise.

Trading in some of its forebears’ penchant for wall-clambering and horse-galloping hijinks, it set sail for the 18th century Caribbean seas; casting the main character as a swashbuckling pirate with an obvious appetite for frigate-plundering antics and, as ever, retaining secret membership of a generation-spanning organization wrestling to influence humankind’s unfolding destiny.

Massive Entertainment, now known as Ubisoft Massive, is currently working on an adaptation of the James Cameron movie franchise “Avatar”.

It developed team-oriented post-apocalyptic survival title “Tom Clancy’s The Division” released in 2016, and now benefiting from a sizeable complimentary update, then assisted with 2017’s satirical “South Park: The Fractured But Whole”.