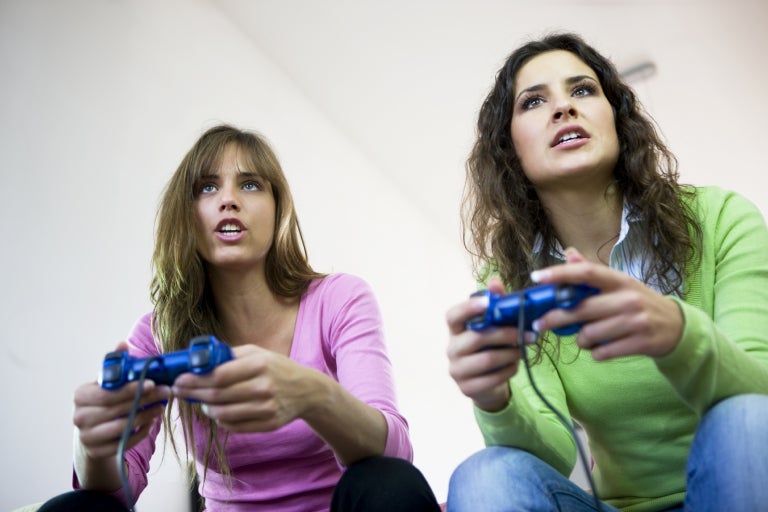 New international research has found that playing action video games could have a beneficial effect on the brain by expanding its cognitive abilities including perception, attention and reaction time.

Led by the University of Geneva (UNIGE), Switzerland, together the team carried out two meta-analyses on research spanning the last 15 years to look at how video games can affect cognition.

As the human brain is malleable and can learn and adapt, many previous studies have looked at whether playing action video games could cause brain changes that lead to improvements in perception, attention and reaction time.

For the new study, the team focused in on one genre in particular, action video (war or shooter) games, which have long been considered as “mind-numbing” rather than a way of boosting brain power.

“We decided to assemble all the relevant data from 2000 to 2015 in an attempt to answer this question, as it was the only way to have a proper overview of the real impact of action video games,” explained Daphné Bavelier, professor in the Psychology Section at UNIGE’s Faculty of Psychology and Educational Sciences (FPSE).

First, a team of psychologists from UNIGE and the universities of Columbia, Santa Barbara and Wisconsin looked at data from a total of 8,970 individuals across the world between the ages of 6 and 40, including action gamers and non-gamers.

All participants completed a number of tests to measure their cognitive abilities such as spatial awareness; for example, being able to quickly detect a dog in a herd of animals.

The team found that the cognition of gamers was better than that of the non-gamers; however, the findings did not answer a key question.

“We needed to think about what the typical gamer profile is,” points out Benoit Bediou, researcher in the FPSE Psychology Section. “Do they play action-type video games because they already have certain cognitive skills that make them good players. Or, on the contrary, are their high cognitive abilities actually developed by playing games?”

To investigate, the team carried out a second meta-analysis, looking at 2,883 men and women who played games for a maximum of one hour a week.

Participants were tested to assess their cognitive abilities and then randomly divided into two groups, with one playing action games (war or shooter games), and the other playing control games (SIMS, Puzzle, Tetris).

Both groups played for at least 8 hours over a week and up to 50 hours over 12 weeks before completing more cognitive tests to measure any changes.

The result overwhelmingly showed that those who played action video games improved their cognition more than those playing the control games, with Bediou commenting, “The research, which was carried out over several years all over the world, proves the real effects of action video games on the brain and paves the way for using action video games to expand cognitive abilities.”

However, the results of a Canadian study published earlier this year found that while playing action video games can change the brain, some changes could be detrimental.

Carried out by the University of Montreal, the researchers found that those who play action games regularly have less grey matter in their hippocampus, a major part of the brain. The smaller the hippocampus becomes, the higher the risk of developing brain illnesses and diseases ranging from depression to schizophrenia, PTSD and Alzheimer’s disease.

The team behind the new study also pointed out that the beneficial effects in their study were found when participants spread out the amount of time they played over weeks or months, and advise short bouts of repeated practice rather than binge-playing for hours in one sitting. JB