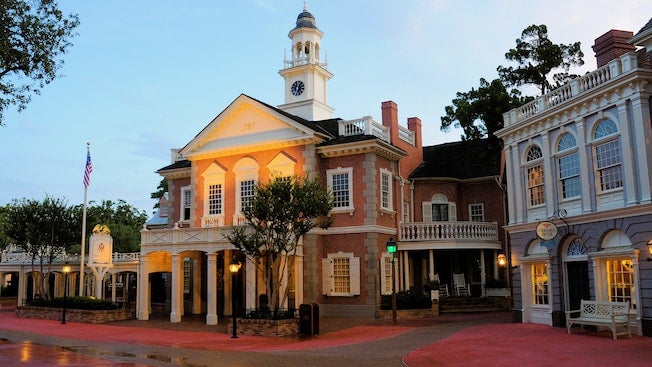 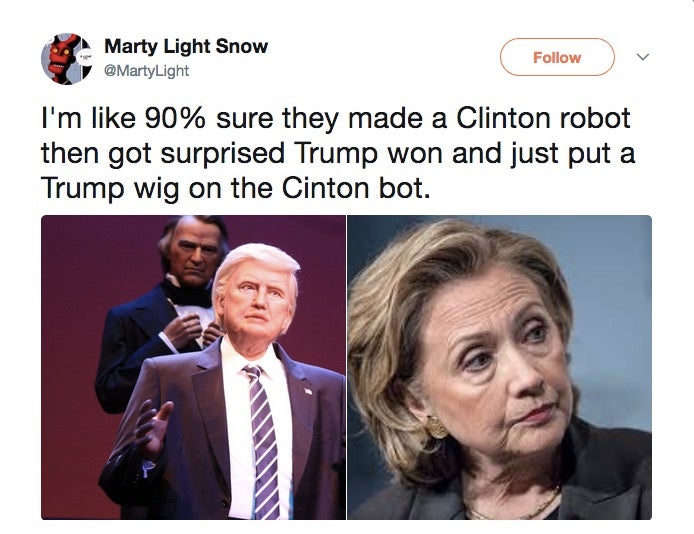 Other netizens tweeted their two cents on how Walt Disney World may have hurriedly re-purposed a Hillary Clinton robot as Trump, when he won the presidential elections. 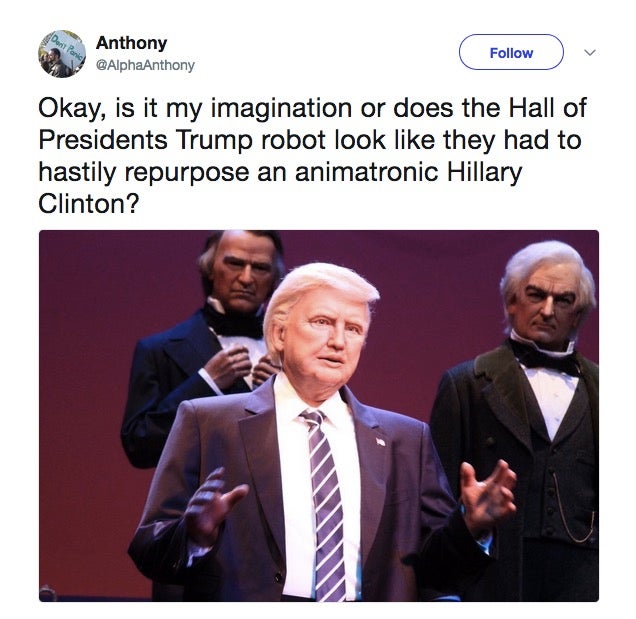 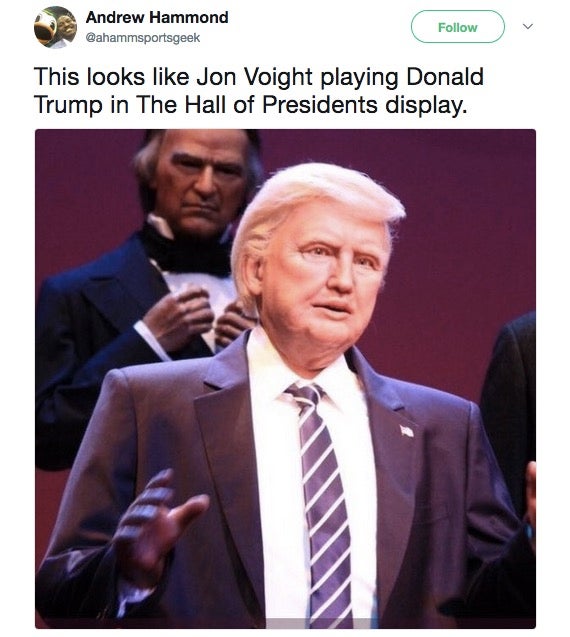 Despite differences in opinion, a number of netizens agreed on one thing: Walt Disney World’s animatronic Trump looked bad.

While the face’s craftsmanship may have raised some eyebrows, some credit goes to the people who animated the robot’s movements. The animatronic Trump managed to copy the President’s usual hand gestures while speaking, as seen in the video below by theme park review site Inside the Magic. JB