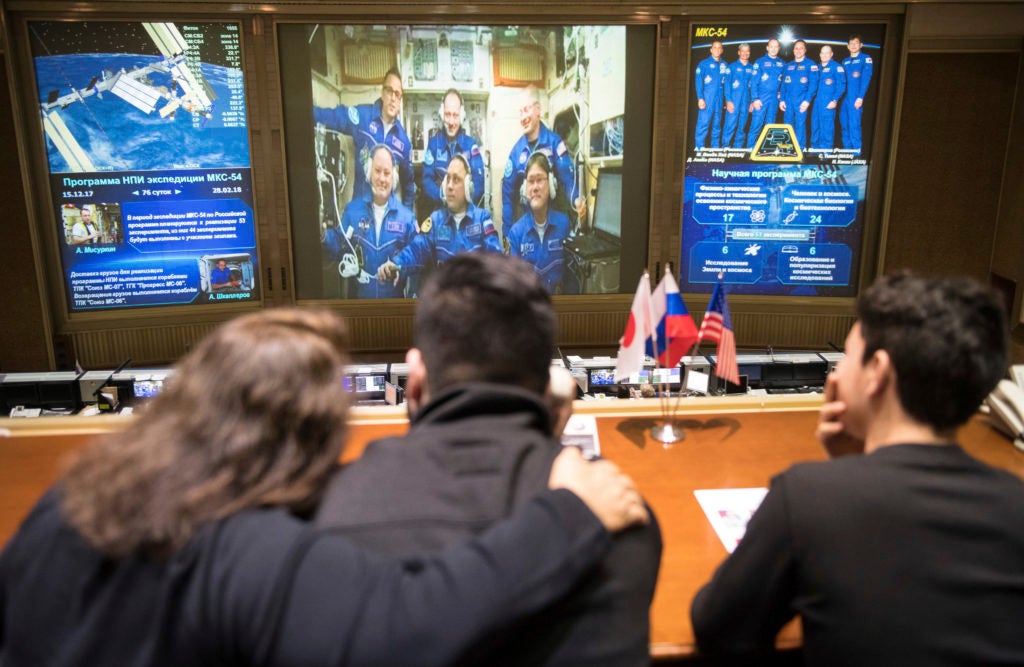 An American, Russian and Japanese arrived at the orbiting lab Tuesday, two days after launching from Kazakhstan. They received special greetings from the new U.S. ambassador to Russia, who gathered with the astronauts’ families at Mission Control outside Moscow to watch the new crew’s entrance.

Ambassador Jon Huntsman told newly arrived NASA astronaut Scott Tingle that he got a tear in his eye, as he watched Tingle’s family when the hatches opened.

“It was the most special thing being here and feeling the emotion. Everyone is so proud of you,” Huntsman told Tingle, a Navy captain and a space newcomer. 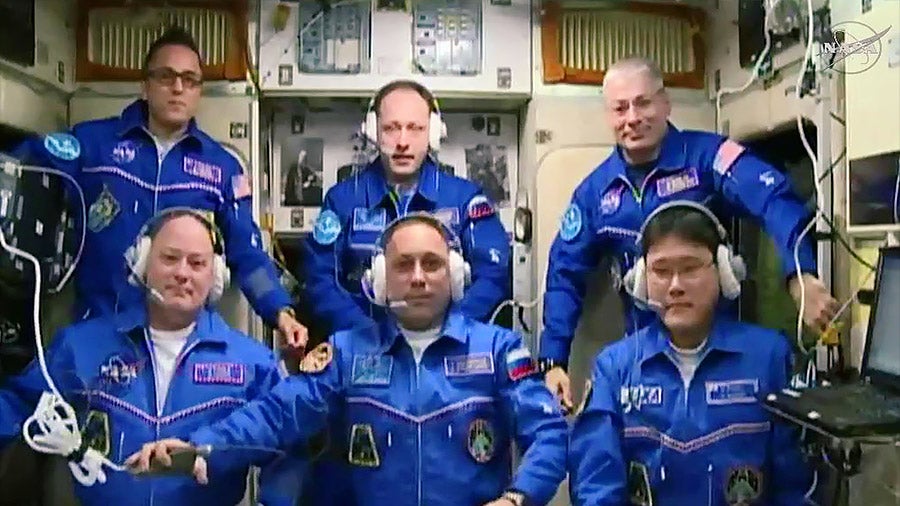 In a Tuesday, Dec. 19, 2017 photovprovided by NASA, from front left, NASA’s Scott Tingle, Anton Shkaplerov of the Russian space agency Roscosmos, and Norishige Kanai of the Japan Aerospace Exploration Agency joined, from back left; Expedition 54 Commander Alexander Misurkin of Roscosmos and crewmates Mark Vande Hei and Joe Acaba of NASA aboard the International Space Station when the hatches between the Soyuz spacecraft and the orbiting laboratory officially opened Tuesday. (NASA via AP)

Tingle flew up in a Soyuz capsule with Russia’s Anton Shkaplerov, a space station resident for the third time, and Japan’s Norishige Kanai, a surgeon making his first spaceflight. The three will remain on board until June. They joined two Americans and a Russian at the station, bringing the crew back to a full complement of six.

NASA’s space station program manager, Kirk Shireman, told the crew that it was “quite a treat” hearing so many languages spoken in Russia’s Mission Control and in orbit.

“We know you’ll have a great time on board. Unfortunately, there’s a little work to go along with your great time. But we’re all here rooting for you and working for you as well,” Shireman said.