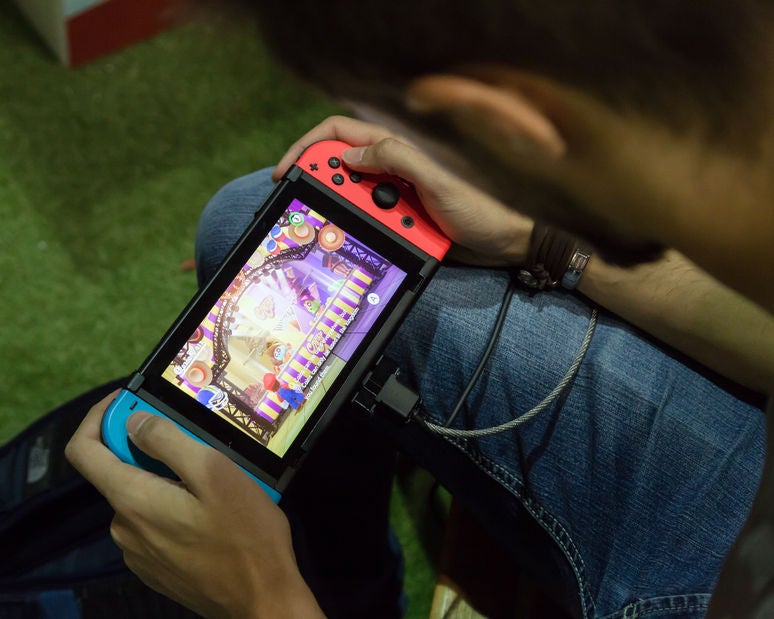 Losing an expensive gadget like a smartphone or game console can cause anyone to start sweating like crazy. A man from Frankfurt Germany lost his Nintendo Switch at an airport. Fortunately for the man, a kind gamer picked it up and looked for him online.

The German man’s Switch had fallen out of his bag while riding an airport bus to his flight’s gate, according to a report by Kotaku (which withheld the guy’s name per his request).

After discovering his missing game console, the German man immediately looked for the bus he rode. The flight attendant said it had left so he quickly filed a lost-and-found case at the airport.

During the flight, this German gamer thought about the hours of game data on the lost console. Upon landing at his destination, he thought about posting the case on a Reddit group for Switch owners.

He wrote under his username Pizzaboxmonster, “I lost my Switch at Frankfurt International Airport. Please if you’re the driver of the bus, I’d be eternally grateful and bring you chocolates.” 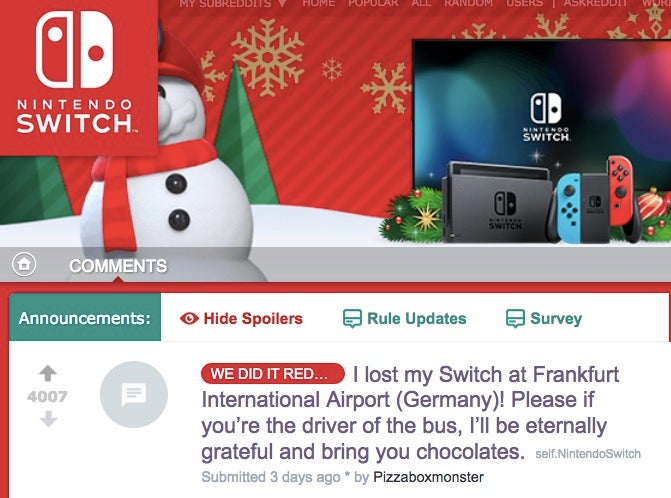 The German had heard of stories where Switches were reunited with owners through the group but he was still skeptical. He added, “I know this has 0,000001 percent possibility to work.”

Reddit user XxPyRoxXMaNiAcxX commented on the post with a link to a post by user itchybun. Itchybun had been looking for the owner of a lost Switch. He clarified to Kotaku that his friend found it between the seats of a bus. 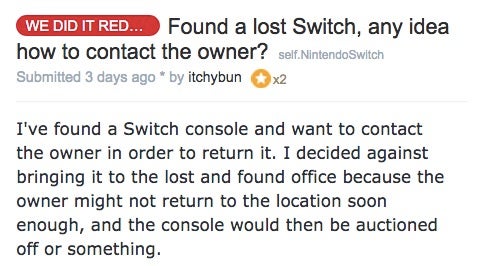 Itchybun and the German man started talking through private messages. After verifying the German’s identity, itchybun exclaimed “100 points” for answering all the questions correctly. The two gamers will soon be meeting to reunite the lost Switch to its owner.

The German guy updated his Reddit post with a thank you message to the community which helped him find his lost gadget. Alfred Bayle/JB 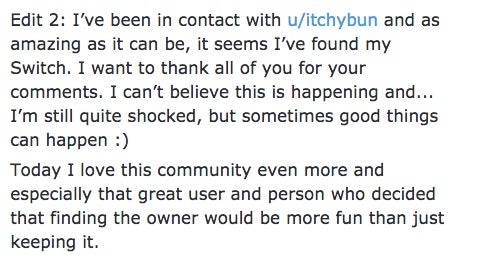