PC game “PlayerUnknown’s Battlegrounds” (PUBG) has set a new record for most active players online at any given time. It recorded over three million gamers playing all at the same time on Dec. 29, 2017.

PUBG’s official Twitter account released the information. It included a list of the top games currently being played on the same day PUBG’s player count peaked. 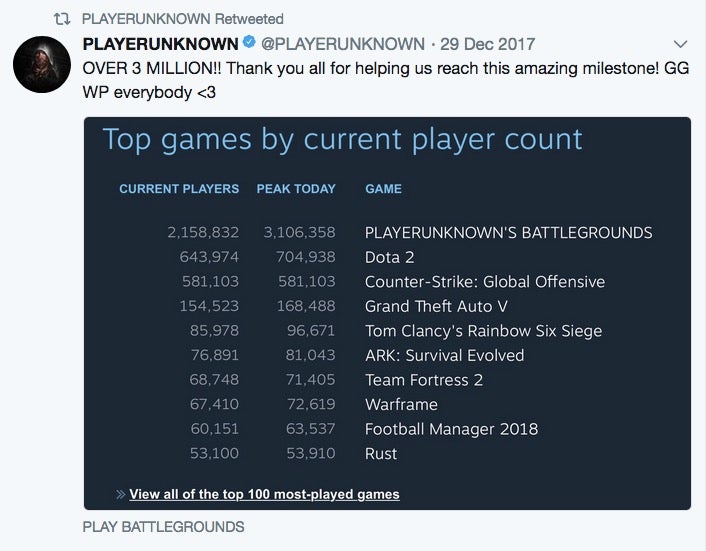 This gap may be a good indicator of PUBG’s popularity. The game previously made another record, at over two million logged in players at one time.

SteamChart data from online game distributor Steam showed the peak player count of PUBG at 3,080,769. It also shows gamers have been playing PUBG for a total of over one billion hours. 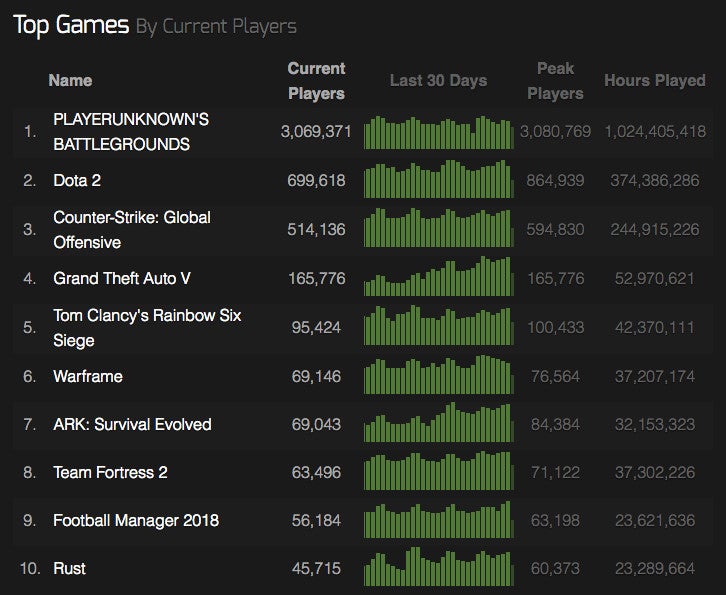 “PlayerUnknown’s Battlegrounds” launched in March 2017 through the Steam early access beta program. The game made a full release on Dec. 10 for P759.95 through Steam. According to Polygon, PUBG became the most watched stream on Twitch since March 2017.

PUBG places the player in a winner-take-all, last-man-standing survival fight with nothing but a parachute. Players will then have to scavenge for equipment and weapons to fight off other gamers, until only one remains. JB