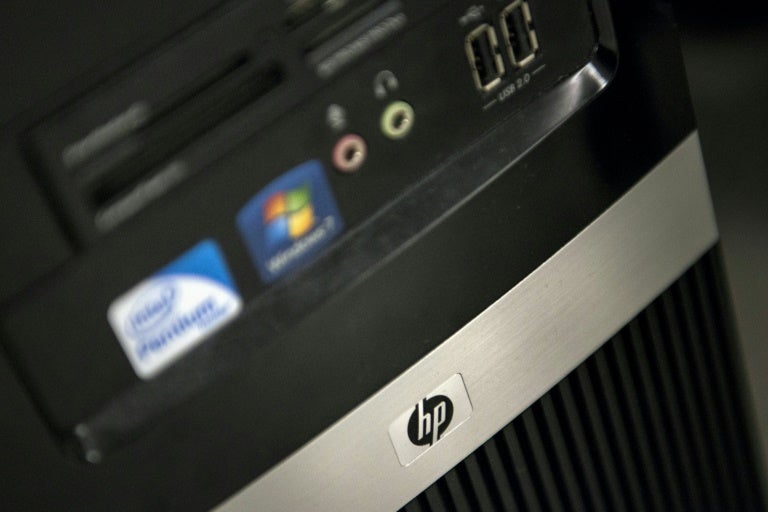 US computer maker HP is recaling batteries in some of its PCs due to fire risk. Image: Brendan Smialowski / AFP

HP on Thursday announced a recall of batteries in some of its notebook and mobile workstation computers due to the risk they could burst into flames.

“These batteries have the potential to overheat, posing a fire and burn hazard to customers,” the US computer maker said at a website with details of the voluntary recall.

“Many of these batteries are internal to the system, which means they are not customer replaceable.”

The list of machines with the potentially problematic lithium-ion batteries included Probook, Envy, Pavilion, Zbook, Studio G3, and HP 11 models sold worldwide for the past two years, according to the online post.

Some batteries targeted for recall were also sold as accessories or replacements through HP or authorized service providers.

HP said it is notifying customers and will replace batteries for free. In the meantime, the US-based computer company advised people to only use the computers in a “safe mode” powered by plugging into outlets instead of by batteries.

HP is the consumer division created by the 2015 split of Hewlett-Packard, which spun out a separate business services unit called Hewlett-Packard Enterprise. AB