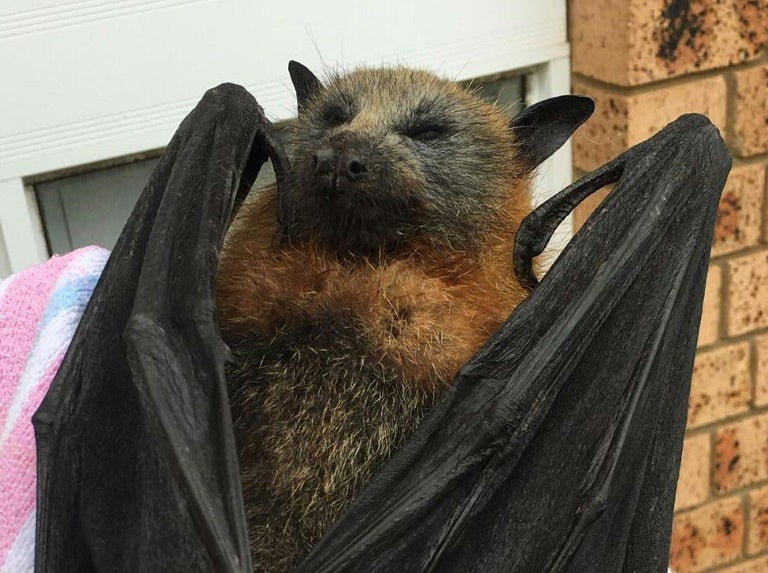 Image: AFP/Help Save the Wildlife and Bushlands in Campbelltown

Hundreds of bats have died in sweltering conditions in Australia, with many dropping from their perches as the scorching temperatures “fried their brains,” wildlife officials said Tuesday.

A record-breaking heatwave saw the mercury rise to 45 Celsius (113 Fahrenheit) in Sydney’s western suburb of Campbelltown on Sunday where hundreds, if not thousands, of the animals fell from trees after succumbing to the heat.

“They basically boil,” Campbelltown flying fox colony manager Kate Ryan told the local Camden Advertiser. “It affects their brain. Their brain just fries and they become incoherent. It would be like standing in the middle of a sandpit with no shade.”

The flying fox, Australia’s largest bat, is listed as a “vulnerable” species nationally with its survival ranked as a “critical priority” under local laws.

Sydney recorded its hottest day since 1939 on Sunday when the suburb of Penrith reached 47.3 Celsius.

New South Wales Wildlife Information, Rescue and Education Service (WIRES) said the loss of bats to the brutal conditions could run into the thousands.

Rescuers were able to save the lives of more than a hundred of the animals, but many scattered across the ground perished and others died still clinging to trees.

“In extremely trying conditions volunteers worked tirelessly to provide subcutaneous fluids to the pups that could be reached and many lives were saved but sadly many were lost too,” WIRES said on Facebook. JB

Bats in Subic endangered by humans